ASHLEY MCBRYDE PROUDLY PERFORMS THE "SONG SHE WROTE FOR HER OPRY DEBUT" IN THE CIRCLE, THE UNFEIGNED "GIRL GOIN’ NOWHERE” 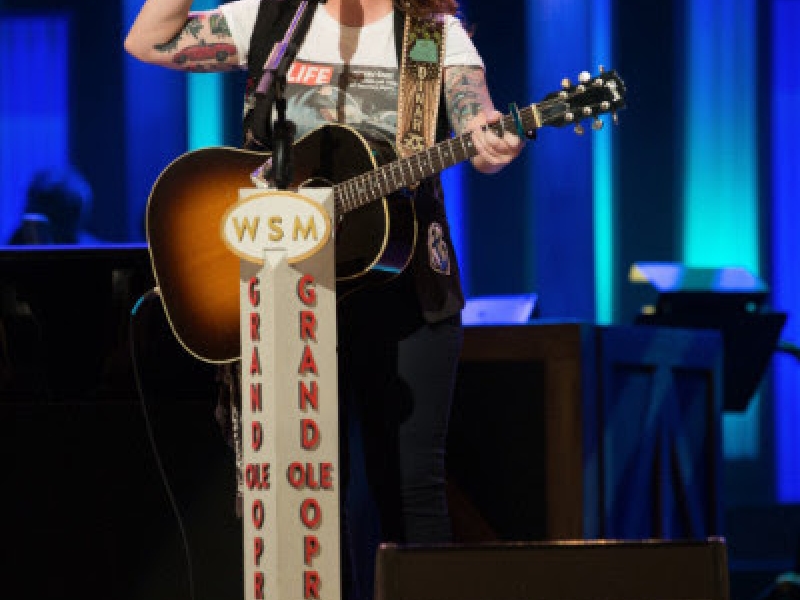 NASHVILLE, Tenn. – Ashley McBryde is exactly where they said she’d never be-- working as an independent singer/songwriter in Nashville, opening for Chris Stapleton and Eric Church, making her Grand Ole Opry debut (6/16), and releasing music when and where she wants to.

Dubbed as one of Rolling Stone’s “Artists You Need To Know," citing she's "an Arkansas red-clay badass, with the swagger of Hank Jr. and the songwriting of Miranda Lambert," McBryde fearlessly lays it all on the line, and it's that honest all-in approach that has led to NPR critic Ann Powers to ask if McBryde could be "among the first post-Stapleton country stars?"

Her drive and perseverance certainly led The Grand Ole Opry to invite McBryde to make her Opry debut Friday, June 16, as her SiriusXM The Highway’s “Highway Find,” "A Little Dive Bar in Dahlonega," makes its way into the homes and hearts of Country fans the world over.

McBryde, clad in a vintage Johnny Cash t-shirt and guitar strap with DINAH, the name of her Gibson J-45 acoustic, stitched into the leather, launched into "Dive Bar" while clearly enjoying standing within the hallowed Opry circle. After, her band exited and she asked the crowd who was having their first experience at the Opry. Upon a warm response, McBryde added, "well don't be nervous, you're doing great." She then adjusted the capo on the neck of her Gibson and launched into a story about the inspiration behind her second selection, a song she specifically wrote for this moment, "Girl Goin' Nowhere."

"I was in high school and a teacher of mine asked what I wanted to do when I grew up," shares the Mammoth Spring, Arkansas native. "I said I want to move to Nashville and write songs and sing them." Her teacher responded with an abrupt, “that’s stupid.” McBryde continues, "She said I better have a really good back-up plan." And with that, she stood in the spotlight within the circle and began, "Don't waste your life, behind that guitar / you may get gone, but you won't get far."

McBryde is set to finish off summer with a packed schedule of festival performances across the country before joining Eric Church and The Brothers Osborne on the road for select dates in September.