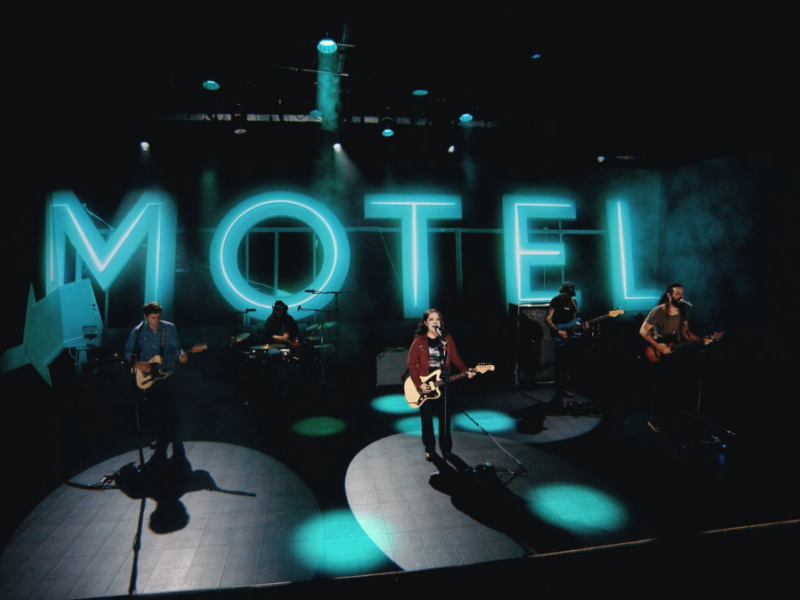 ACM and CMA award winner Ashley McBryde makes her performance debut on “The Ellen DeGeneres Show” with current single “Martha Divine,” pegged by Stereogum as “a roiling country revenge tale with a little twist” and dubbed by NPR as “an absolute anthem,” from her GRAMMY-nominated album Never Will, on Wednesday, Jan. 13 at 3 p.m. CT.
“When we released Never Will, we kept our original April 2020 release date because people needed music then and we need music now!” reflects McBryde. “However, there was a small part of me that was a little sad that these songs may not get the time or attention they deserve as a body of work because of that timing. So to have the album receive so much recognition, along with nominations among such incredible company by both the CMA Awards and by The Recording Academy, is truly amazing and means the absolute world to me.”The Arkansas-native earned her fourth career nomination from the Recording Academy for Best Country Album for the follow-up to her GRAMMY-nominated debut Girl Going Nowhere in 2019, followed by nods for Best Country Song and Best Country Solo Performance for the title track in 2020.

Never Will continues to garner critical acclaim, earning a spot in the top 20 of Rolling Stone’s all-genre “Best Albums of 2020” dubbing, Never Will as “this year’s most adventurous mainstream country album” while landing at No. 1 on Rolling Stone’s “Best Country and Americana Albums of 2020,” proclaiming the record “re-creates the trick McBryde pulled off on her stellar debut: proving that honest-to-goodness country songs can have commercial appeal.”

Opening track “Hang In There Girl” landed on NPR’s “100 Best Songs of 2020,” calling McBryde “one of the most empathetic songwriters of her generation,” and she “specializes in songs that feel utterly lived-in — they're keenly understanding about what goes on in dive bars, or what it feels like to defiantly pursue dreams long deferred,” while The New York Times named lead single “One Night Standards” in the top three “Best Songs of 2020,” marking the only country song in the top 15, with Jon Pareles sharing, “Ashley McBryde provides pithy, matter-of-fact details of a random hookup — ‘I don’t really care if you’re here when I wake up’ — and while the music swells, her heart stays cold.”

In addition to Rolling Stone, Never Will received recognition as one of the best albums of the year from Paste, Esquire, Variety, Billboard, American Songwriter, Stereogum and more, while The Wall Street Journal praises, “she’s moved to the forefront of today’s country, and this consistent, exciting and always smart album shows why,” and Variety shared “her rowdy and emotionally stirring second album represents the pinnacle of what contemporary mainstream country can be.”

“Martha Divine” follows lead single “One Night Standards,” which emerged as McBryde’s first Top 10 hit while going RIAA-Certified Gold in both the United States and Canada after landing on NPR’s “25 Best Songs of 2019,” Rolling Stone’s “25 Best Country and Americana Songs of 2019” and Paste’s “The Best Country Songs of 2020 (So Far).”

Never Will was up for Album of the Year at the 2020 CMA Awards, along with a nomination for Female Vocalist and Music Event of the Year as a guest on Miranda Lambert’s “Fooled Around and Fell In Love.” McBryde “delivered an immaculate version of the no-strings-needed ballad,” Billboard praised of her special performance of “One Night Standards.”

About Ashley McBryde
Ashley McBryde cut her teeth playing country songs in rural biker bars – and it shows. Her 2018 major label debut Girl Going Nowhere (Warner Music Nashville) charmed the New York Times, NPR, Rolling Stone, Paste, The Washington Post, and more, all en route to landing a GRAMMY nomination for Best Country Album. McBryde closed out 2019 with ACM New Female Artist, CMT Breakout Artist of the Year, a New Artist of the Year win at the 53rd Annual CMA Awards and two nominations for the 2020 GRAMMYs for Best Country Song and Best Country Solo Performance for “Girl Goin’ Nowhere.” Her follow-up Never Will, released April 3, was tagged by Rolling Stone as one of the most anticipated of the year alongside NPR, who also ranked her lead Top 10 RIAA Gold-Certified single “One Night Standards” as one of the best songs of 2019. Produced once again by Jay Joyce, Never Will reveals the witty, confessional, detail-driven songwriting addressing a wide spectrum of blue-collar Southern women’s experience introduced on Girl Going Nowhere is still here, but perhaps even sharper, earning McBryde a 2021 GRAMMY nomination for Best Country Album, along with a 2020 CMA nomination for Album of the Year. NPR calls her music is “stadium-rock style” with a bluegrass wink or two and country music’s storytelling heart––and McBryde, no longer new, is the music’s ordained and highly capable standard bearer. At the 2020 ACM Awards, McBryde gained a winning nod for Musical Event of the Year as a guest on Miranda Lambert’s “Fooled Around and Fell In Love.” In addition to her CMA Album of the Year nomination, McBryde was up for CMA Female Vocalist of the Year and Music Event of the Year on Miranda Lambert’s “Fooled Around and Fell In Love.” For more information, visit AshleyMcBryde.com or follow her at Facebook.com/AshleyMcBryde, Instagram @AshleyMcBryde and Twitter at @AshleyMcBryde.