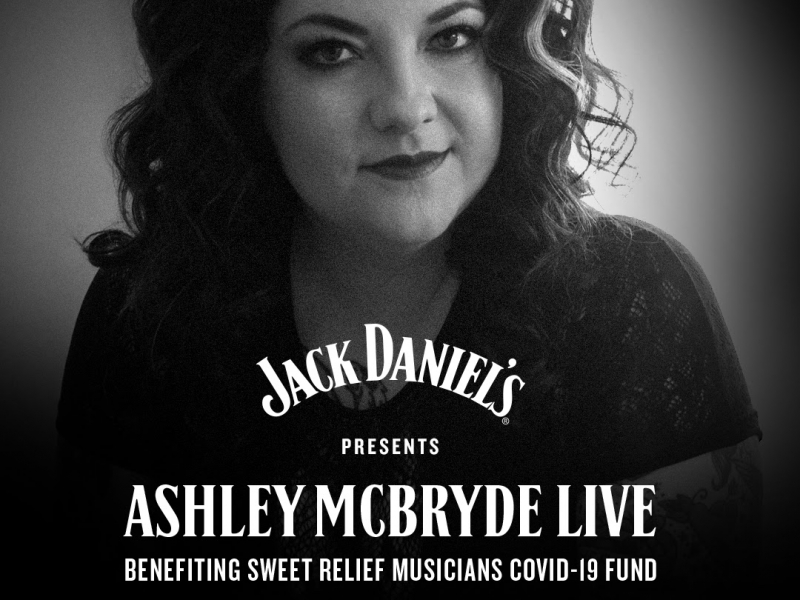 Reigning ACM New Female Artist and CMA New Artist of the Year Ashley McBryde will partner with Jack Daniel’s for a special edition of her “All Cooped Up” series to benefit Sweet Relief Musicians Fund’s COVID-19 Fund Friday, April 10 at 6:00 p.m. CT. The livestream will air on both McBryde and Jack Daniel’s Facebook pages, as well as McBryde’s Instagram.

The livestream presented by Jack Daniel’s caps off the week following the April 3 release of her highly-anticipated album Never Will, which has steadily gained critical acclaim, with Variety observing, “her rowdy and emotionally stirring second album represents the pinnacle of what contemporary mainstream country can be,” while Rolling Stone notes, “McBryde is at her best here singing about other people, telling tales of forbidden romance, small-town piety, and honky-tonk hair of the dog,” and Paste claims the album is “utterly refreshing and equally re-listenable.”

Sweet Relief Musicians Fund is a 501(c)(3) nonprofit charity that for the past 24 years has been offering vital assistance to professional musicians and music industry workers in need. The world has been shocked by the devastating effects of COVID-19. Due to massive cancellations, many in the music industry are struggling to find the means to make ends meet during these unprecedented times. Sweet Relief has created a COVID-19 Fund to provide immediate assistance with medical expenses, lodging, clothing, food and other vital living expenses to those impacted due to sickness or loss of work.