Ashley McBryde Partners with Ariat for "All Cooped Up" Livestream 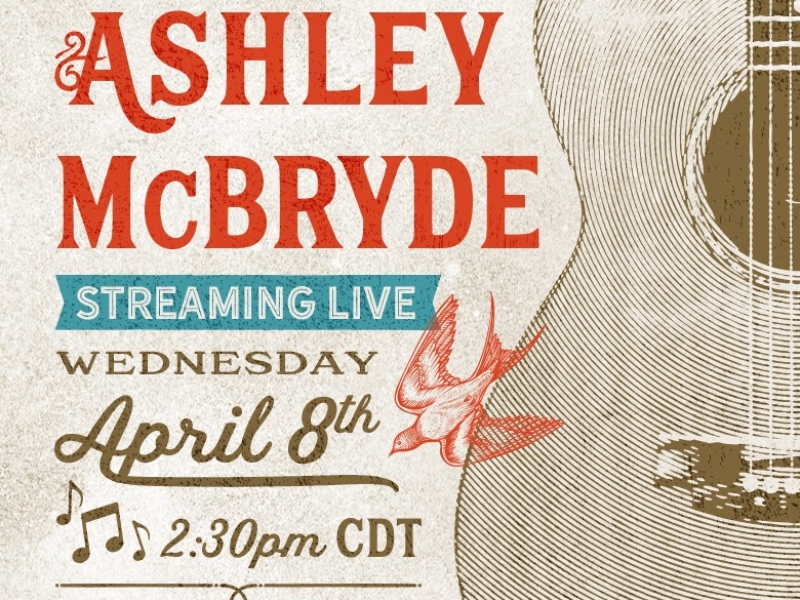 WHO:  Reigning CMA New Artist of the Year and ACM New Female Artist winner Ashley McBryde made her debut with Girl Going Nowhere, landing her a GRAMMY nomination for Best Country Album in 2019, with seminal track “Girl Goin’ Nowhere” gaining two GRAMMY nominations in 2020. Her follow-up Never Will, released April 3, was named one of the most-anticipated records of the year by Rolling Stone and NPR and was praised by Variety as a “rowdy and emotionally stirring” album that “represents the pinnacle of what contemporary mainstream country can be.”

WHAT: McBryde goes live on Facebook in partnership with Ariat to perform songs from Never Will and check in with fans. As part of the event, Ariat will lend its continued support to MusiCares with a donation to the COVID-19 Relief Fund.

WHERE: Facebook via McBryde’s page HERE and Ariat's page HERE.
About Ashley McBryde
Ashley McBryde learned how to sing sad songs in a biker bar off a rural Arkansas highway–– and it shows. Her 2018 major label debut Girl Going Nowhere (Warner Music Nashville) charmed the New York Times, NPR, Rolling Stone, Paste, The Washington Post, and more, all en route to landing a GRAMMY nomination for Best Country Album. McBryde closed out 2019 with ACM New Female Artist, CMT Breakout Artist of the Year, a New Artist of the Year win at the 53rd Annual CMA Awards and two nominations for the 2020 GRAMMYs for Best Country Song and Best Country Solo Performance for “Girl Goin’ Nowhere.” Her follow-up Never Will, released April 3, was tagged by Rolling Stone as one of the most anticipated of the year alongside NPR, who also ranked lead single “One Night Standards” as one of the best songs of 2019. Produced once again by Jay Joyce, Never Will reveals the witty, confessional, detail-driven songwriting addressing a wide spectrum of blue-collar Southern women’s experience introduced on Girl Going Nowhere is still here, but perhaps even sharper. The music itself is stadium-ready rock-and-roll with a bluegrass wink or two and country music’s storytelling heart––and McBryde, no longer new, is the music’s ordained and highly capable standard bearer. McBryde is currently nominated for two 2020 ACM Awards for Song of the Year for “Girl Goin’ Nowhere” (artist + songwriter) and another nod for Music Event of the Year as a guest on Miranda Lambert’s “Fooled Around and Fell In Love.”  For more information, visit AshleyMcBryde.com or follow her on Facebook at Facebook.com/AshleyMcBryde. Instagram @AshleyMcBryde and Twitter at @AshleyMcBryde.