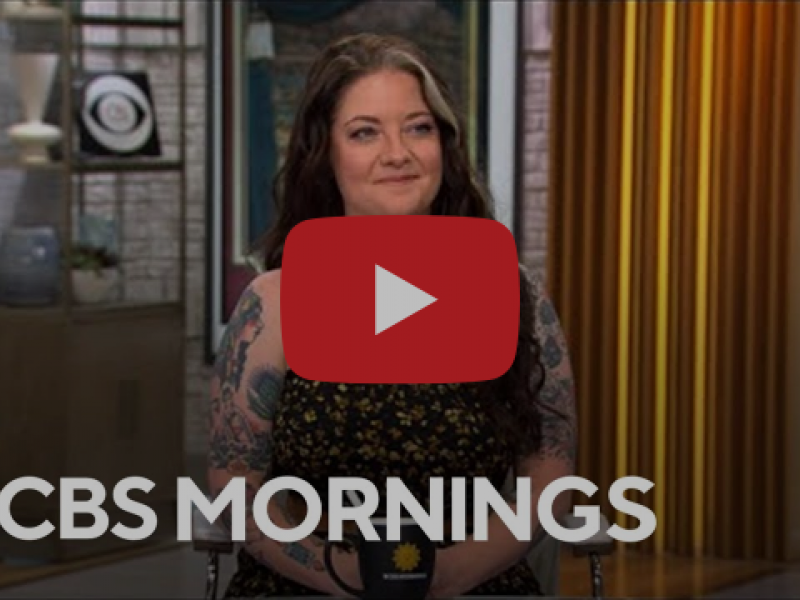 AP opines Ashley McBryde Presents: Lindeville creates
“detail-rich storylines with a John Prine level of empathy and compassion”
and NPR praises, “a mischievous, and mightily pleasing,
departure from the prescribed progression of a mainstream country career”

NASHVILLE, Tenn. – While performing at the Grand Ole Opry a little over a year ago, current five-time CMA nominee and two-time winner Ashley McBryde shared with the audience, “I dream about joining the Opry and what that day will be like — Will I cry the entire time? Will I be seated? Who will ask me? I dream about that more than I dream about my wedding.” No longer dreaming about the special day, the Arkansas native has officially been invited to be the newest member of the revered Country institution by Garth Brooks on CBS Mornings. Watch the clip HERE.

“It would be the great joy and the great honor of my life,” McBryde answered through joyful tears. “There’s the GRAMMYs and there’s being a member of the Grand Ole Opry – they are the two greatest things that can happen to you as an entertainer. I’ve always said I will earn it, and this is a pretty surreal moment.”

Cited by NPR as a “glorious detour into downhome character studies,” the four-time GRAMMY nominee and her collaborators leaned all the way in on Ashley McBryde Presents: Lindeville, garnering applause from critics upon its debut.

Produced by John Osborne, Ashley McBryde Presents: Lindeville includes performances from McBryde, Brothers Osborne, Brandy Clark, Aaron Raitiere, Patti, Caylee Hammack and Benjy Davis, with Rolling Stone calling it a “wildly inventive” album “about a group of people all living in a little town just trying to get by,” as Billboard observes, “While the songs do center on life in a small town, the stories and characters in Lindeville dispel the idyllic nostalgia that permeates many songs currently staking their claims on the country charts.”

“McBryde and crew created detail-rich storylines with a John Prine level of empathy and compassion,” praises AP, while Variety notes, “The very existence of an album like Ashley McBryde Presents: Lindeville is enough to restore your faith in Nashville, however far afield it might have wandered,” making it “Country music’s most ambitious and oddball album in recent memory,” observes Esquire.

Celebrated by The New York Times as “a skilled curator, as well as a performer,” McBryde “has made abundantly clear over the course of her short but fruitful career, she is principally interested in peeling back the layers and speaking the truth,” boasts Vulture.

About Ashley McBryde
CMA and ACM award winner Ashley McBryde cut her teeth playing country songs in rural biker bars – and it shows. Her 2018 major label debut Girl Going Nowhere (Warner Music Nashville) charmed the New York Times, NPR, Rolling Stone, Paste, The Washington Post and more, all en route to landing a GRAMMY nomination for Best Country Album. McBryde closed out 2019 with ACM New Female Artist, CMT Breakout Artist of the Year, a New Artist of the Year win at the 53rd Annual CMA Awards and two nominations for the 2020 GRAMMYs for Best Country Song and Best Country Solo Performance for “Girl Goin’ Nowhere.” Her follow-up Never Will was tagged by Rolling Stone as one of the most anticipated of the year alongside NPR, who also ranked her Top 10 RIAA Platinum-Certified single “One Night Standards” as one of the best songs of 2019. Produced once again by Jay Joyce, Never Will reveals the witty, confessional, detail-driven songwriting addressing a wide spectrum of blue-collar Southern women’s experience introduced on Girl Going Nowhere is still here, but perhaps even sharper. The album earned McBryde a 2021 GRAMMY nomination for Best Country Album, making Never Will the only album nominated for Country Album of the Year by the ACMs, CMAs and the Recording Academy in the same award season. Her critically acclaimed duet with Carly Pearce, “Never Wanted To Be That Girl,” went all the way to No. 1 and earned McBryde and Pearce the ACM award for Musical Event of the Year. McBryde earned five total 2022 CMA nominations including her third consecutive nod for Female Vocalist of the Year along with Single of the Year, Song of the Year, Musical Event of the Year and Music Video of the Year for her duet with Pearce. The Arkansas-native invites listeners to Ashley McBryde Presents: Lindeville, a collaborative new project featuring Brothers Osborne, Brandy Clark, Pillbox Patti, Caylee Hammack, Aaron Raitiere and more. Praised by The New York Times as “a fluorescent carnival of pedal steel and thumping guitar that proves McBryde can be a skilled curator, as well as a performer,” Ashley McBryde Presents: Lindeville is available now. For more information, visit AshleyMcBryde.com or follow her at Facebook.com/AshleyMcBryde, Instagram and Twitter @AshleyMcBryde and TikTok @AshleyMcBrydeMusic.