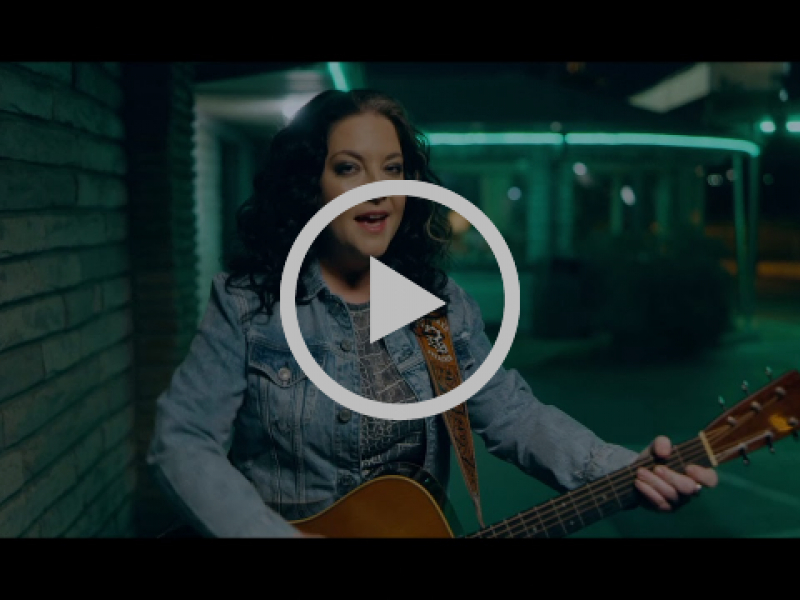 GRAMMY-nominated artist and songwriter Ashley McBryde debuted her new music video for current single “One Night Standards,” the first of a three-part storyline that will be released over the upcoming weeks. The video made its debut on YouTube this week, along with two digital billboard counterparts in Times Square in New York City and in Los Angeles at The Staples Center.

“My manager John Peets and I had this idea to listen to the record and see what stories appeared…what threads of ideas were consistent in the songs we had gathered and what characters stood out,” McBryde shares. “Low and behold, one night on the bus Chris Harris (acoustic guitar, mandolin, harmonies) and I were having a few beverages after a show. I got out my sketch pad and we wrote down each song from the record and each character. It looked like a crazy road map. It looked like a child had drawn it.

“But there it was,” McBryde continues. “A way to connect every song and every video. I showed it to Peets, and we put it in (director) Reid Long’s hands. And the rest is history.”

Directed by Long and shot in Nashville at the Drake Hotel, “One Night Standards” is the first of three videos in the series as she prepares her highly-anticipated sophomore album for Warner Music Nashville.

“One Night Standards” has already made its way into NPR’s Best Songs of 2019, stating, “Gender equity isn't merely about celebrating strengths; it's also about allowing for the human frailties that don't discriminate by sex. So let's raise a glass to the low women, like the no-strings-attached narrator in McBryde’s lone 2019 song ‘One Night Standards,’” and described in Rolling Stone’s 25 Best Country and Americana Songs of 2019 as “vividly honest,” and “in stark contrast to so many of the fantastical puppy-love songs that get played on the radio or further the genre’s squeaky-clean image.”

Upon its release, The New York Times praised, “McBryde sings and writes with a high degree of emotional acuity, and this song … is cleareyed, unsentimental and a cold jolt of tragical realism.”

McBryde will embark on her second headlining tour, 2020’s One Night Standards Tour, on Jan. 30 in Birmingham, Ala. with over a dozen dates until April 23 in Helotes, Texas. For more information and tour dates, visit ashleymcbryde.com.

About Ashley McBryde
“One Night Standards,” produced by Jay Joyce, is the first taste of what’s to come from Ashley McBryde’s highly anticipated sophomore album for Warner Music Nashville. Since its release this fall the lead single has garnered over two million streams. Lauded by The New York Times as “an alluringly flexible singer, fluent in classic country, blues and Southern rock, with a voice that moves easily from tender to tough,” McBryde caught the attention of some of Nashville’s most raucous entertainers, landing her dates opening for Eric Church, Chris Stapleton, Luke Combs, Little Big Town and George Strait. Earlier this year, the Arkansas native earned an ACM award for New Female Artist of the Year in addition to CMT’s Breakout Artist of the Year, as well as GRAMMY and Emmy nominations for performances around Girl Going Nowhere, and most recently received her first-ever CMA award for New Artist of the Year and two GRAMMY nominations for the seminal title track, “Girl Goin’ Nowhere.” For tour dates and more information, visit AshleyMcBryde.com or follow her on Facebook at www.facebook.com/AshleyMcBryde, Instagram @ashleymcbryde and Twitter at @AshleyMcBryde.