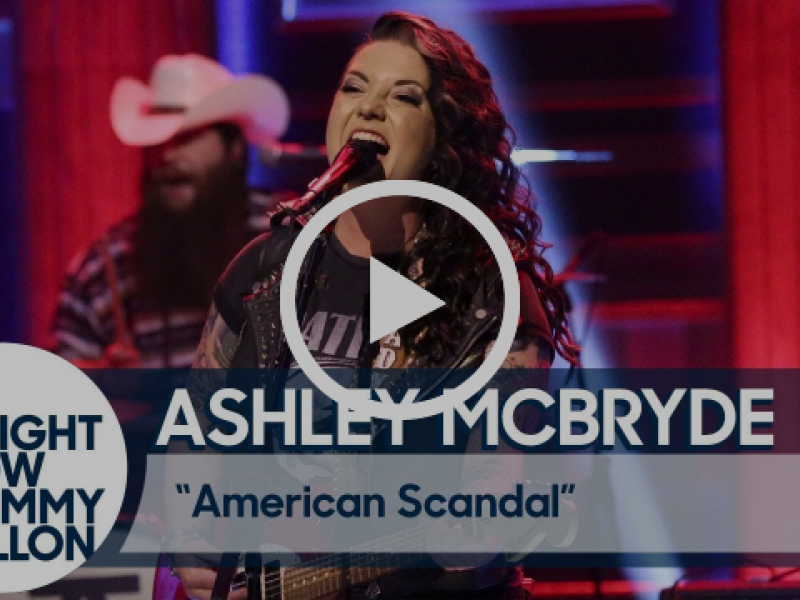 The career ascension continues for the artist that Rolling Stone calls “one of the most exciting new voices in country music,” as country newcomer Ashley McBryde made her debut on NBC’s “The Tonight Show Starring Jimmy Fallon” last night. McBryde performed her sultry “American Scandal,” which The Tennesseandeclares is the highlight of “one of the strongest country records of the year.”

Girl Going Nowhere, McBryde’s full-length debut studio album, with its “…gritty, rock-tinged country music and vivid, cutting lyrics,” as stated by The Washington Post, was lauded by The New York Times as “the most varied, warm and effortlessly confident country music albums of the past few years,” and landed McBryde a spot on the 50 Best Albums of 2018 (So Far) for Billboard, Rolling Stone and Variety.

McBryde’s lead single “A Little Dive Bar in Dahlonega,” which The New York Times calls “a hearty, expertly written country song about hope after hopelessness” also landed a spot on Billboard’s 50 Best Songs of 2018 (So Far) amid some of today’s top hits across all genres.

Fans can catch McBryde’s performance on The Tonight Show Starring Jimmy Fallon here and on her first-ever headlining tour, The Girl Going Nowhere Tour, which kicks off this September.  Due to such a high demand for tickets to see what NPR declares is “country music’s most exciting new voice,” The Girl Going Nowhere Tour has already seen numerous dates expand to larger venues in both the U.S. and the UK to accommodate additional fans.