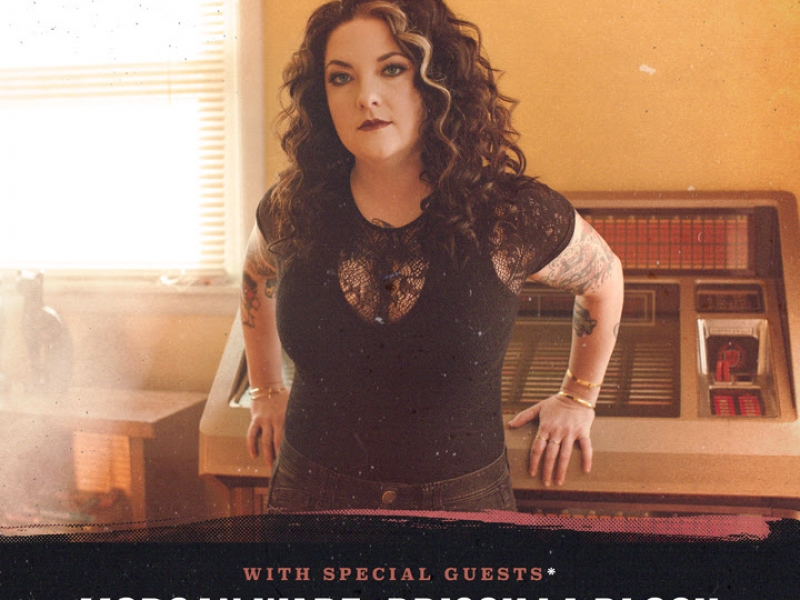 NASHVILLE, Tenn. – NPR celebrates Ashley McBryde as an artist that “has found an audience by relentlessly touring, being so relatable to country fans of all kinds…she sings these songs that are classic, but they’re also rock ‘n’ roll…and they touch the heart of the heartland,” while Pollstar declares the four-time GRAMMY nominee “did it the old-fashioned way: grinding out dates, writing songs about women being counted out for not fitting the mold.”

Now, the ACM and CMA Award winner readies her joyous return to the road and her self-made fanbase with the announcement of her This Town Talks Tour, kicking off June 12 in Roanoke, Va. before heading out to an additional 36 cities across the U.S. into 2022, wrapping on Jan.15, 2022 in Cleveland, Ohio with the support of Morgan Wade, Priscilla Block, Adam Hambrick and Ray Fulcher.

“AAAAAND we’re back,” exclaims McBryde. “I’ve been waiting so long to be able to say that. We’ve missed you all so much, there aren’t even words to do it justice. These songs were written and recorded to be sang together. Now, let’s be together and make some damn music!”

After releasing her critically acclaimed sophomore album Never Will in April of last year, to say McBryde and Deadhorse (her band) are eager is an understatement. “There’s a hunger, an angst and a real calling that we’ve all been feeling.”

It will be the first time Never Will, the only album to be nominated by the Academy of Country Music, Country Music Association and The Recording Academy (same cycle) has been performed live since its release. Fans can expect McBryde’s set-list to include the RIAA Gold-Certified “One Night Standards,” current single “Martha Divine,” which NPR shares is her “rowdiest jam to date” and that “when she plays it live, this thing will shake ceilings,” and title track “Never Will” among the hard-hitting “American Scandal” and seminal track “Girl Goin’ Nowhere” from her groundbreaking debut album.

The Arkansas-native is also prepping for her first headlining shows at the historic Ryman Auditorium, with back-to-back nights at the Mother Church of Country Music supported by Lainey Wilson on Thursday, Aug. 26 and Caylee Hammack on Friday, Aug. 27.

“There’s so much ground to cover musically, a little rust to kick-off and a whole lot of love ahead,” McBryde concludes.

Voted by a consortium of leading national music critics, Never Will received the title of Best Album from Nashville Scene’s 21st Annual Country Music Critics’ Poll, and also earned a spot in the top 20 of Rolling Stone’s all-genre “Best Albums of 2020” dubbing, the record as “this year’s most adventurous mainstream country album” while landing at No. 1 on Rolling Stone’s “Best Country and Americana Albums of 2020,” proclaiming it “re-creates the trick McBryde pulled off on her stellar debut: proving that honest-to-goodness country songs can have commercial appeal.”

Earlier this year, McBryde announced the Never Will: Live From A Distance EP, with live versions of “First Thing I Reach For,” “Martha Divine,” “Shut Up Sheila” and “Voodoo Doll” available now, and the full release to be delivered on May 28.

About Ashley McBryde
Ashley McBryde cut her teeth playing country songs in rural biker bars – and it shows. Her 2018 major label debut Girl Going Nowhere (Warner Music Nashville) charmed the New York Times, NPR, Rolling Stone, Paste, The Washington Post, and more, all en route to landing a GRAMMY nomination for Best Country Album. McBryde closed out 2019 with ACM New Female Artist, CMT Breakout Artist of the Year, a New Artist of the Year win at the 53rd Annual CMA Awards and two nominations for the 2020 GRAMMYs for Best Country Song and Best Country Solo Performance for “Girl Goin’ Nowhere.” Her follow-up Never Will, released April 3, was tagged by Rolling Stone as one of the most anticipated of the year alongside NPR, who also ranked her lead Top 10 RIAA Gold-Certified single “One Night Standards” as one of the best songs of 2019. Produced once again by Jay Joyce, Never Will reveals the witty, confessional, detail-driven songwriting addressing a wide spectrum of blue-collar Southern women’s experience introduced on Girl Going Nowhere is still here, but perhaps even sharper, earning McBryde a 2021 GRAMMY nomination for Best Country Album, making Never Will the only album nominated for Country Album of the Year by the ACMs, CMAs and the Recording Academy in the same award season. The music itself is stadium-ready rock-and-roll with a bluegrass wink or two and country music’s storytelling heart––and McBryde, no longer new, is the music’s ordained and highly capable standard bearer. McBryde’s This Town Talks Tour kicks off June 12, 2021, followed by an additional 36 dates before wrapping on Jan. 15, 2022. For more information, visit AshleyMcBryde.com or follow her at Facebook.com/AshleyMcBryde, Instagram @AshleyMcBryde and Twitter at @AshleyMcBryde.