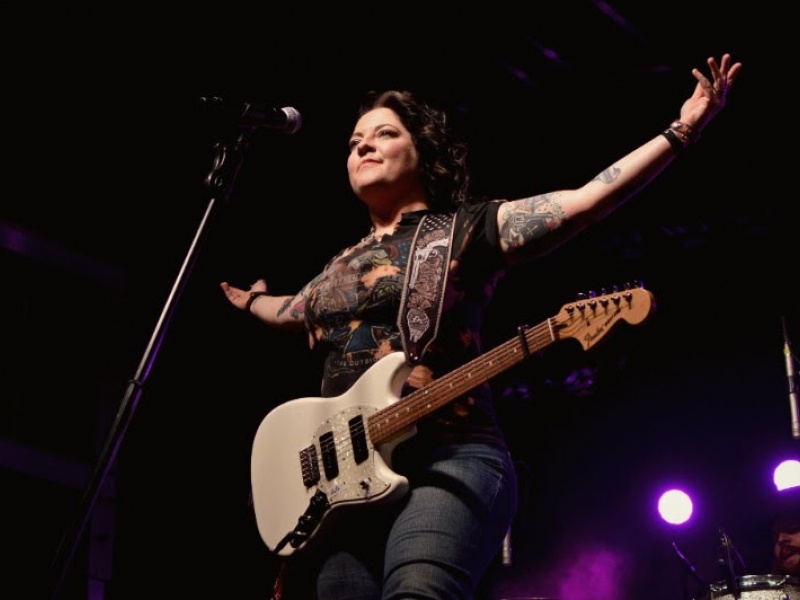 Lauded by The New York Times as “alluringly flexible singer, fluent in classic country, blues and Southern rock, with a voice that moves easily from tender to tough,” breakout country singer/songwriter Ashley McBryde is experiencing something she never expected when announcing her first headlining tour—a sold out show in Music City.

When McBryde first moved to Nashville in 2007, she spent her days in writers rooms and her nights in playing anywhere she could: Blue Bar, basements and picking up gigs at biker bars within driving distance throughout the Midwest and southeast. Now, 11 years later, the Arkansas-native, who calls Watertown, Tennessee home, will play Music City as part of CMA Fest, but it's her headlining September show that has her working on a rare day off.

"We got a call this week that our tour date at Basement East sold out in the first two days... which is crazy to say out loud," shares McBryde. "The Basement East show last year got me my record deal, so to hear that in less than a year we've outgrown that room is weird but maybe the most 'pinch me' moment I've had because for me, the songs come to life when we get to play them live."

The Arkansas native dubbed “country music’s most exciting new country voice” by NPR continues: "The stories I hear when meeting fans on the road -- how a lyric helped someone not feel alone or get through one of their worst days -- fuel me in a way I never imagined. Thank you for showing up, I'll keep playing as long as you do."