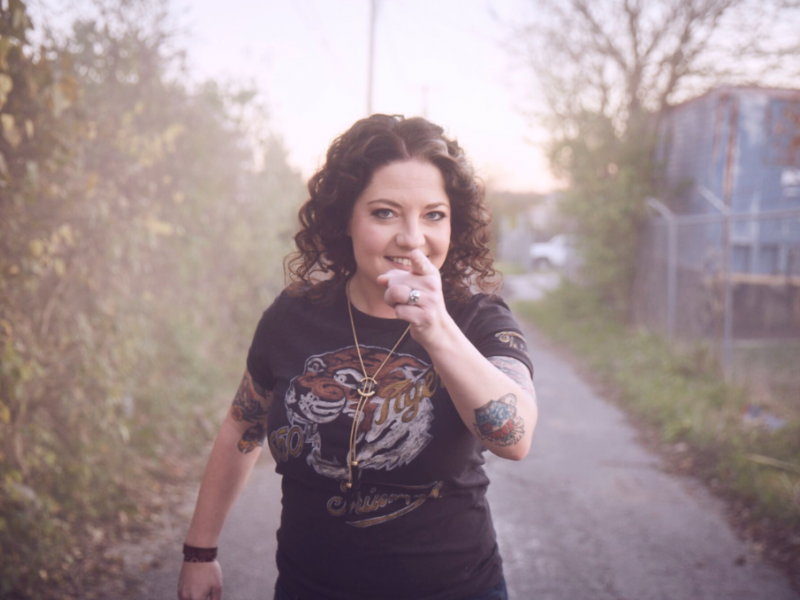 McBryde’s album, released in March 2018 via Atlantic Records/Warner Music Nashville, earned the Arkansas singer/songwriter her first GRAMMY nomination for Best Country Album and marks the only debut album nominated in the category.

Described by Stereogum as “a gorgeously lived-in, righteously sad, painstakingly crafted piece of work,” The New York Times opines that McBryde’s Nowhere is “lean, sinewy, blues-inflected country music from a singer with a voice that’s thick but nimble” and The Tennessean declares the album “will break your heart, make you pump your fist, sing along and pray [McBryde] moves in next door.”

Additionally, the title track earned a place on The Fader’s Best 100 Songs of 2018 as well as NPR’s Best Songs of 2018. “Girl Goin’ Nowhere” recounts the story of an algebra teacher McBryde had in high school who told the Arkansas native that her dream of becoming a songwriter in Nashville was stupid and that she better have a good backup plan. The powerful ballad showcases McBryde’s storytelling abilities and NPR states “it's a song that can be counted on to hush even the rowdiest club crowd.”

The artist Rolling Stone dubs “this year’s most exciting country debut” is commended by Yardbarker for her ability to “effortlessly [walk] the line between country traditionalism and modern sensibilities,” while Esquire notes “[McBryde] sings with a worldliness and remarkable control, even when she lets her rock bonafides roll.”

Having paid her dues in dive bars, McBryde spent 11 years in Nashville writing songs and playing to anyone who would listen. Her first self-released EP Jalopies and Expensive Guitars gave listeners a sampling of what the Arkansas native was capable of, and with the release of Girl Going Nowhere, McBryde proved she’s got what it takes. Put simply by NPR, “Ashley McBryde established herself as country music's most charismatic, naturalistic new voice this year.”

For more information and tour dates, visit ashleymcbryde.com and tune in to watch McBryde on CBS This Morning Saturday on December 29.

About Ashley McBryde
Lauded by The New York Times as “an alluringly flexible singer, fluent in classic country, blues and Southern rock, with a voice that moves easily from tender to tough,” Ashley McBryde caught the attention of some of Nashville’s most raucous entertainers, landing her dates opening for Eric Church, Chris Stapleton, and, most recently, Miranda Lambert and Luke Combs. The Washington Post raves, "McBryde's blue-collar storytelling and straightforward singing set her apart," including a set during her debut on the Grand Ole Opry stage, notably sharing "Girl Goin' Nowhere," the seminal title track from her March 30, 2018 Jay Joyce-produced LP for Atlantic Records/Warner Nashville. Girl Going Nowhere was the biggest debut by a solo country artist this year and earned the Arkansas native critical acclaim from The New York Times, The Washington Post, Rolling Stone, Variety and more. McBryde is currently on her first-ever headlining tour, The Girl Going Nowhere Tour and will appear as a special guest on the February and August dates of George Strait’s recently announced 2019 “Strait to Vegas” shows at T-Mobile Arena in Las Vegas. For tour dates and more information, visit AshleyMcBryde.com or follow her on Facebook at www.facebook.com/AshleyMcBryde, Instagram @ashleymcbryde and Twitter at @AshleyMcBryde.