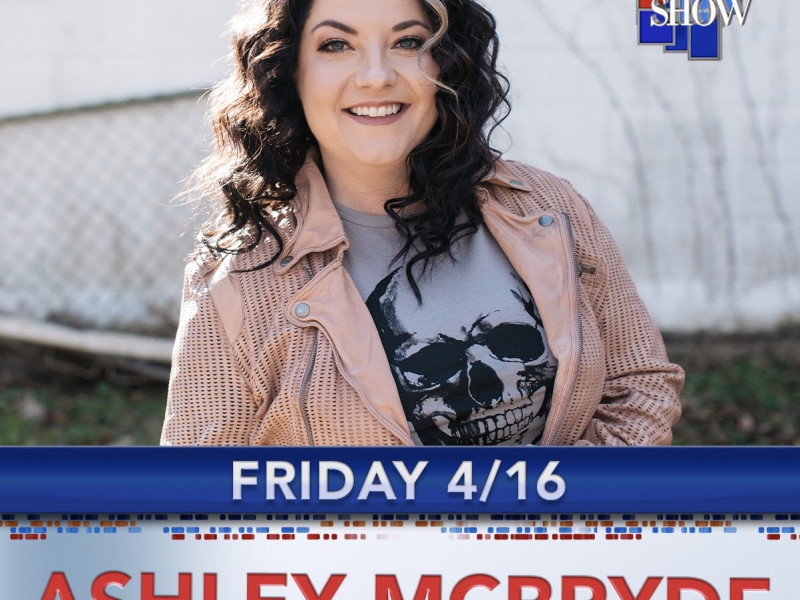 Ashley McBryde is set to perform “Sparrow” from Never Will, currently nominated for Album of the Year at the upcoming 2021 Academy of Country Music Awards (ACM Awards), when she makes her CBS’ “The Late Show with Stephen Colbert” debut on Friday, April 16 at 11:35 p.m. ET. It’s the first time the song will be performed on live television since the album’s release last April.

“Of course, it’s a well-known fact that sparrows can fly all over the world and still find where they came from,” McBryde shared with Tennessean. “It’s me, and it’s the guys (in my band), and it’s anybody who really travels for a living.

“Our families want us to be successful and to have dreams and aspirations that we want to accomplish, but they also miss us terribly,” the ACM and CMA award-winner elaborated. “And what nobody warned me about was that I'd be sitting in a plane, having been alone for weeks just getting on planes and visiting radio stations. Being alone a ton of the time, and I thought, ‘Man, I'm higher, success-wise, than I've ever been, and I’m the loneliest I have ever been.’ It’s a trade, and thank God nobody warns you, because you might not do it if they told you what the trade-off is.”

“Sparrow” was dubbed an “emotional” and “descriptive tale” by Billboard, while American Songwriter called it Never Will’s “most tender moment,” and Nashville Scene calls it “a smartly ambivalent song about the touring life, balancing the thrill of a boisterous audience with the ache of missing the family left behind.”

With three additional nominations including Female Vocalist and Song of the Year (artist + songwriter) at the ACM Awards, McBryde will give a performance of current single “Martha Divine,” dubbed by NPR as her “rowdiest jam to date,” and that “when she plays it live, this thing will shake ceilings.”

Praised as “one of country’s sharpest truth-tellers” by Rolling Stone, the four-time GRAMMY nominee is the only artist to have been nominated for Country Album of the Year for Never Will by the ACM, the CMA and the Recording Academy in the same award season, while lead single and RIAA Gold-Certified “One Night Standards” earned McBryde nominations for Song of the Year, cowritten with Shane MacAnally and Nicolette Hayford.

Earlier this year, McBryde announced the Never Will: Live From A Distance EP featuring songs from the record that earned the No. 1 spot on Rolling Stone’s “Best Country and Americana Albums of 2020.” Live versions of “First Thing I Reach For,” “Martha Divine” and “Shut Up Sheila” are available now, with the full release delivered on May 28.