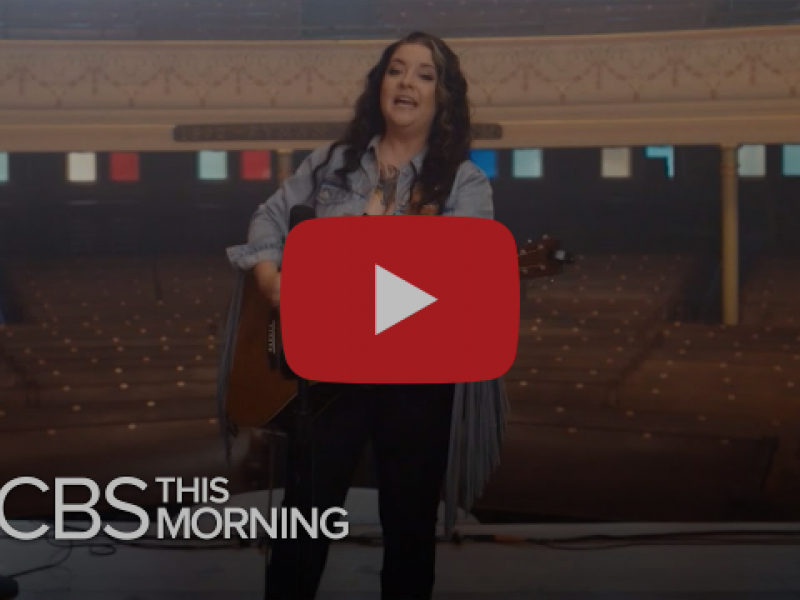 “It’s really special to have this song reach an audience this size,” says McBryde, whose singles prior to the lead from Never Will had peaked Top 25 at Country radio. “I grew up listening to albums in addition to flipping through the country radio dial, so some of the biggest songs that influenced my career weren’t the ones you heard on the radio,” McBryde pauses. “But that discovery – when the deejay said ‘and that was Mary Chapin Carpenter,’ or ‘that was Terri Clark,’ man, it would send me down a rabbit hole. If you can walk that line, introduce millions of new fans to your music and at the same time give them something to go deeper with on your records, then I think you’re right where you need to be. And right now, I’m very thankful to be here.”

Released last year, “One Night Standards,” currently Top 12 and climbing in the U.S., made its way into NPR’s Best Songs of 2019 and Rolling Stone’s 25 Best Country and Americana Songs of 2019, with The New York Times praising, “McBryde sings and writes with a high degree of emotional acuity, and this song … is cleareyed, unsentimental and a cold jolt of tragical realism,” and Wall Street Journal noting, “With songs like ‘One Night Standards,’ she’s surely bound to stick around—rocking as often as she pleases.”

Never Will, released April 3 via Warner Music Nashville as the follow-up to her GRAMMY-nominated debut, has continued to garner critical acclaim, earning a title early on in 2020 as one of the best albums of the year to-date by Rolling Stone, SPIN, Variety, Billboard, Paste, Stereogum and American Songwriter.On Monday, Aug. 31, McBryde will appear on GRAMMY Museum’s Programs at Home Series speaking with moderator Scott Goldman, followed by a performance, available at GrammyMuseum.org/Museum-At-Home at 1 p.m. CT.
Last month, McBryde appeared on “CBS This Morning: Saturday,” performing three tracks from Never Will, including “One Night Standards,” “Sparrow” and album opener “Hang In There Girl” from Ryman Auditorium.

July also saw McBryde add to her growing list of accolades, named the Association of Independent Music Publishers (AIMP) Nashville’s Artist-Writer of the Year, along with “One Night Standards” as AIMP Nashville’s Publisher’s Pick.

About Ashley McBryde
Ashley McBryde learned how to sing sad songs in a biker bar off a rural Arkansas highway–– and it shows. Her 2018 major label debut Girl Going Nowhere (Warner Music Nashville) charmed the New York Times, NPR, Rolling Stone, Paste, The Washington Post, and more, all en route to landing a GRAMMY nomination for Best Country Album. McBryde closed out 2019 with ACM New Female Artist, CMT Breakout Artist of the Year, a New Artist of the Year win at the 53rd Annual CMA Awards and two nominations for the 2020 GRAMMYs for Best Country Song and Best Country Solo Performance for “Girl Goin’ Nowhere.” Her follow-up Never Will, released April 3, was tagged by Rolling Stone as one of the most anticipated of the year alongside NPR, who also ranked lead RIAA Gold-Certified single “One Night Standards,” currently Top 12 and climbing in the U.S., as one of the best songs of 2019. Produced once again by Jay Joyce, Never Will reveals the witty, confessional, detail-driven songwriting addressing a wide spectrum of blue-collar Southern women’s experience introduced on Girl Going Nowhere is still here, but perhaps even sharper. The music itself is stadium-ready rock-and-roll with a bluegrass wink or two and country music’s storytelling heart––and McBryde, no longer new, is the music’s ordained and highly capable standard bearer. McBryde is currently nominated for two 2020 ACM Awards for Song of the Year for “Girl Goin’ Nowhere” (artist + songwriter) and another nod for Music Event of the Year as a guest on Miranda Lambert’s “Fooled Around and Fell In Love.”  For more information, visit AshleyMcBryde.com or follow her at Facebook.com/AshleyMcBryde, Instagram @AshleyMcBryde and Twitter at @AshleyMcBryde.