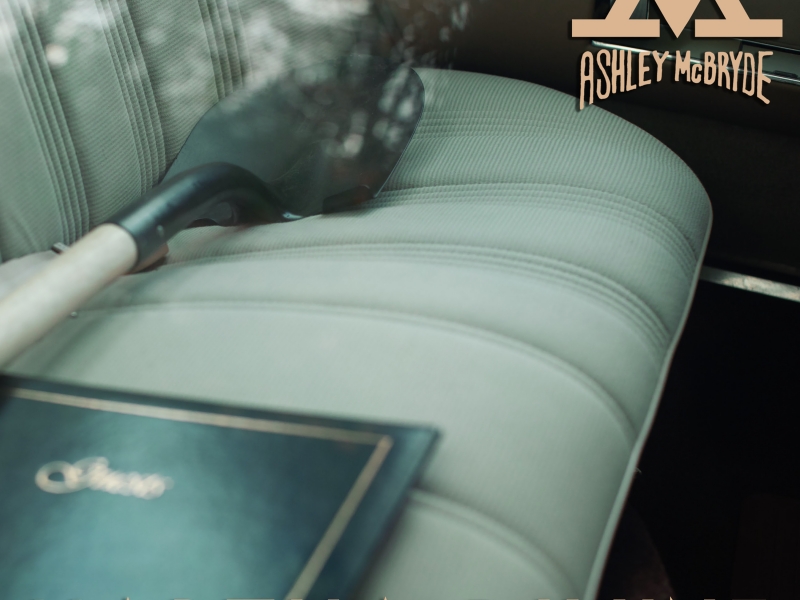 CMA New Artist of the Year Ashley McBryde relies on her Arkansas roots to infuse her blue-collar songwriting with grit and passion that can only come from real-life experiences, as manifested in “Martha Divine.” Co-written with Jeremy Spillman, produced by Jay Joyce and debuting today (Monday, Jan. 13), “Martha Divine” offers a modern-day take on a female vigilante, recalling the little sister in “The Night the Lights Went Out in Georgia” (Reba McEntire, Vicki Lawrence).

The percussive intro, driving beat and McBryde’s searing vocals set the tone for an intense 3:41 that Stereogum calls, “…a roiling country revenge tale with a little twist.” The accompanying video, which also premieres today exclusively on NPR, punctuates each lyric with its dark, brooding lighting and shadowy street scenes. Directed by Reid Long, the video is the second in a three-part series, following the release of “One Night Standards” in December.

McBryde shared with NPR, “‘Martha Divine’ was so much fun to write because Jeremy Spillman (co-writer) wasn’t afraid to get weird with me. I told him I wanted to write something dark and we created this story that surrounds the most delightful trollop of a human being and gets down underneath the fingernails of the uncomfortable truth about family dynamics. I was certain no one would let me shoot a video that actually reflected the lyrics, but Reid Long helped me bring it to life in a way that only he could.”

Of the song, NPR notes it’s the “singer's rowdiest jam to date, the track weaves its revenge narrative into a family's complicated history,” and praises its “raucous, hooky, fist-pumping catharsis.” And adds, “When she plays it live, this thing will shake ceilings.”

Due out spring 2020 via Warner Music Nashville, McBryde’s forthcoming LP has been hailed as one of the year’s most anticipated albums by NPR and Rolling Stone. McBryde spent 11 years in Nashville writing songs and playing for anyone who would listen. With her 2018 major-label debut Girl Going Nowhere, McBryde proved she’s got what it takes. Put simply by NPR, “Ashley McBryde [has] established herself as country music's most charismatic, naturalistic new voice.”

About Ashley McBryde
Lauded by The New York Times as “an alluringly flexible singer, fluent in classic country, blues and Southern rock, with a voice that moves easily from tender to tough,” Ashley McBryde caught the attention of some of Nashville’s most raucous entertainers, landing her dates opening for Eric Church, Chris Stapleton and, most recently, Miranda Lambert and Luke Combs. The Washington Post raved, “McBryde's blue-collar storytelling and straightforward singing set her apart,” referencing her debut on the Grand Ole Opry stage when she performed “Girl Goin' Nowhere,” the seminal title track from her 2018 Jay Joyce-produced LP for Atlantic Records/Warner Nashville. Girl Going Nowhere was the biggest debut by a solo country artist in 2018 and earned the Arkansas native critical acclaim from The New York Times, The Washington Post, Rolling Stone, Variety and more. McBryde recently wrapped up her first-ever headlining tour and appeared as a special guest on George Strait’s 2019 “Strait to Vegas” shows at T-Mobile Arena in Las Vegas and on Lambert’s Roadside Bars and Pink Guitars Tour. For tour dates and more information, visit AshleyMcBryde.com or follow her on Facebook at www.facebook.com/AshleyMcBryde, Instagram @AshleyMcBryde and Twitter at @AshleyMcBryde.