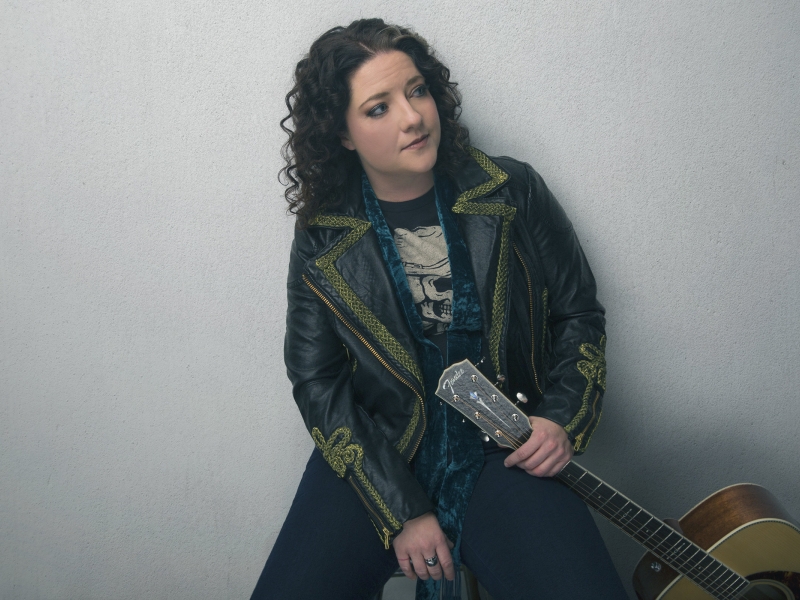 Coming into 2018, one name continues to pop up in cross-genre respected publications from NPR to The New York Times to The Los Angeles Times: Ashley McBryde.

One of only two female Country music artists to make The New York Times’ “54 Best Songs of 2017” with critic Jon Caramanica observing her current single, “A Little Dive Bar in Dahlonega,” is “a hearty, expertly written country song about hope after hopelessness,” McBryde was the most added new artist and most added female artist with her debut Warner Bros. / Warner Music Nashville single. The track, which hit No. 1 on SirusXM’s The Highway Top 30 earlier this year, describes finding a much-needed musical pick-me-up in an unexpected place.

Co-written with Nicolette Hayford and Jesse Rice, the single and McBryde’s delivery has earned praise from some of the most influential outlets in the country, outlets that routinely cover the full spectrum of musical genres including the Los Angeles Times that says “it's evident that the Arkansas-bred singer and songwriter throws her lot in with the school of gusty country artists that includes Miranda Lambert, Kacey Musgraves and Brandy Clark, among others.”

The New York Times exclaimed, "The country singer Ashley McBryde has a clean, powerful and slightly creamy voice, and it’s crucial to delivering this song with a mature kind of calm. But what makes ‘A Little Dive Bar in Dahlonega’ transcend is songwriting, songwriting, songwriting... it’s intelligently constructed and casually delivered, full of rich imagery... potent singalong moments… and words throbbing with outright lustrous feeling.”

“It felt like Ashley McBryde came out of nowhere with ‘A Little Dive Bar in Dahlonega,’ a stripped-down master class in how to be informed by traditional country songwriting and style while keeping the perspective fully rooted in the modern world. Anchored by McBryde's rock-solid belt that rasps as easily as it warbles, it's about seeing the light when everything else feels dark, particularly with the help of one special song,” claimed Rolling Stone.

McBryde “has the big voice and ’70s country-rock arrangements so beloved of country radio. But McBryde’s blue-collar storytelling and straightforward singing set her apart from the polished production and airbrushed fantasies of such acts… which shared the chart with her,” wrote The Washington Post.

The Post’s Geoffrey Himes continued, “McBryde is trying to hit that sweet spot on the left edge of country music where one can be gritty and still have hits. Eric Church and Chris Stapleton have done that, and McBryde has opened shows for both of them. Maybe she can follow in their footsteps. When she sings about her influences on the single ‘Radioland,’ she name-drops Townes Van Zandt as well as Johnny Cash. And when she remembers all the people who told her she was a ‘Girl Goin’ Nowhere,’ she directs their attention to all the people cheering from every chair in the club.”

No stranger to the stage, McBryde has toured with some of the biggest names in country music, including Chris Stapleton and Eric Church. In conjunction with the success of “A Little Dive Bar in Dahlonega,” the singer/songwriter played select dates on the Sirius XM Presents: The Highway Finds Tour including stops in Washington, D.C., New York, and Nashville and will join Luke Combs in 2018 on tour.

About Ashley McBryde
Lauded by the New York Times for her “clean, powerful and slightly creamy voice,” Ashley McBryde has been dubbed as an “Arkansas red-clay badass, with the swagger of Hank Jr. and the songwriting of Miranda Lambert” by Rolling Stone. With her self-released first EP, Jalopies and Expensive Guitars, McBryde caught the attention of some of Nashville’s most raucous entertainers, landing her on dates opening for Eric Church, Chris Stapleton, and Miranda Lambert. The Washington Post raved, " McBryde's blue-collar storytelling and straightforward singing set her apart," including a set during her debut on the Grand Ole Opry stage, notably sharing "Girl Goin' Nowhere," the seminal title track from her forthcoming Jay Joyce-produced LP for Warner Nashville slated for release in early 2018. McBryde's debut single, “A Little Dive Bar in Dahlonega,” is at Country radio now. For more information, please visit ashleymcbryde.com.