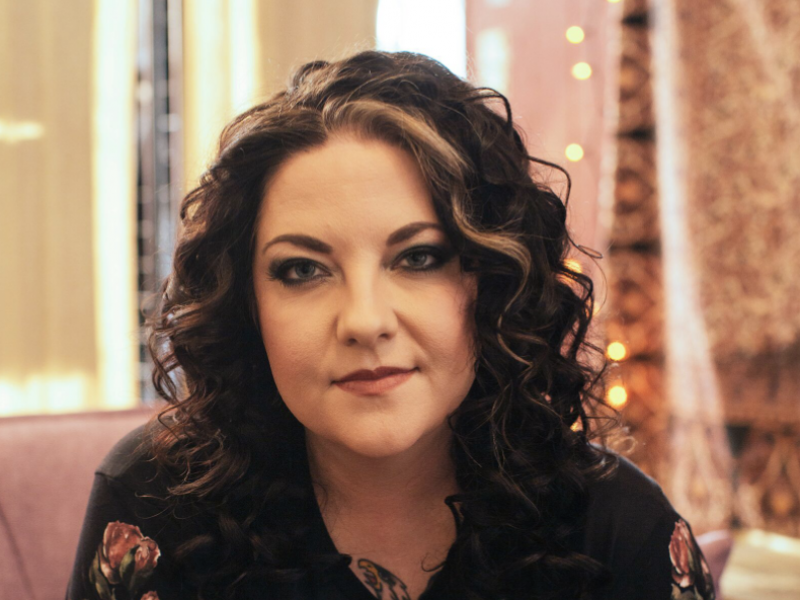 “‘Girl Goin’ Nowhere’ is the song that keeps on giving,” McBryde reflects. “I was blown away by our first GRAMMY Nomination for Country Album of the Year last year. And now ‘Girl Goin’ Nowhere’ gets two nominations?! Can’t keep her down. That’s the message Jeremy Bussey and I let off the leash. She’s a fighter. I’m so honored and proud to see this song stay alive.”

“Girl Goin’ Nowhere” recounts the story of an algebra teacher McBryde had in high school who told the Arkansas native that her dream of becoming a songwriter in Nashville was stupid and that she better have a good backup plan. The powerful ballad showcases McBryde’s storytelling abilities, and as NPR noted, “It's a song that can be counted on to hush even the rowdiest club crowd.” Last year, the title track from McBryde’s major label debut album, Girl Going Nowhere, earned a place on The Fader’s Best 100 Songs of 2018 as well as NPR’s Best Songs of 2018.

Girl Going Nowhere was released in March 2018 via Atlantic Records/Warner Music Nashville. The Jay Joyce-produced album garnered the talented singer/songwriter her first GRAMMY® nomination for Best Country Album and was the only debut album nominated in the category. After notching spots on several “Best Albums of 2018” lists, McBryde also laid claim to the only debut country album on The New York Times, Paste, Rolling Stone, Stereogum, UPROXX and Variety’s year-end wrap ups and was the sole country album on Slate’s “Best Albums” list.

Having paid her dues in dive bars, McBryde spent 11 years in Nashville writing songs and playing for anyone who would listen. With the release of Girl Going Nowhere, McBryde proves she’s got what it takes. Put simply by NPR, “Ashley McBryde established herself as country music’s most charismatic, naturalistic new voice.”

The awards will be presented Sunday, Jan. 26, 2020 during a live television broadcast of the 62nd Annual GRAMMY® Awards on CBS.

About Ashley McBryde
“One Night Standards,” produced by Jay Joyce, is the first taste of what’s to come from Ashley McBryde’s highly anticipated sophomore album for Warner Music Nashville. Since its release this fall the lead single has garnered over two million streams. Lauded by The New York Times as “an alluringly flexible singer, fluent in classic country, blues and Southern rock, with a voice that moves easily from tender to tough,” McBryde caught the attention of some of Nashville’s most raucous entertainers, landing her dates opening for Eric Church, Chris Stapleton, Luke Combs, Little Big Town and George Strait. Currently, she is on the road with Miranda Lambert’s all-female Roadside Bars & Pink Guitars Tour for select dates alongside Elle King and Maren Morris. Earlier this year, the Arkansas native earned an ACM award for New Female Artist of the Year in addition to CMT’s Breakout Artist of the Year, as well as GRAMMY and Emmy nominations for performances around Girl Going Nowhere, and most recently received her first-ever CMA award for New Artist of the Year and two GRAMMY nominations for the seminal title track, “Girl Goin’ Nowhere.” For tour dates and more information, visit AshleyMcBryde.com or follow her on Facebook at www.facebook.com/AshleyMcBryde, Instagram @ashleymcbryde and Twitter at @AshleyMcBryde.