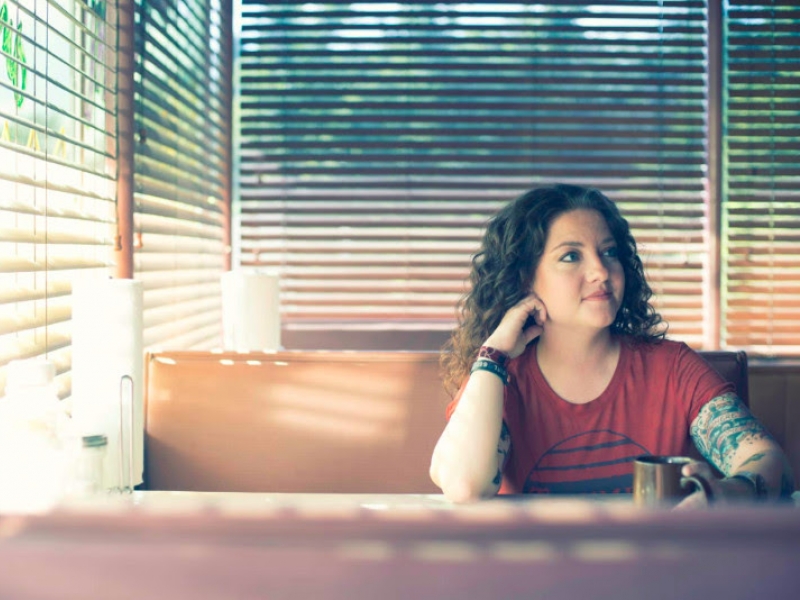 McBryde shares story behind “A Little Dive Bar In Dahlonega,” hereAshley McBryde, the fierce singer/songwriter who The Tennessean vows is “worth discovering” and Rolling Stone calls a “Arkansas red-clay badass, with the swagger of Hank Jr. and the songwriting of Miranda Lambert,” recently made her Grand Ole Opry debut with her heartrending ode-to-self, “Girl Goin’ Nowhere,” which she released last month due to demand. She also performed her emotive single, “A Little Dive Bar in Dahlonega,” that night, a song that has consistently hoovered in the Top 5 of SiriusXM’s "The Highway’s Top 30.” Today, the video makes its video debut on CMT and CMT.com in a poignant narrative that was filmed in Watertown, Tennessee, the small town just outside of Music City where the Arkansas-native currently calls home.

McBryde co-wrote “A Little Dive Bar In Dahlonega” with Nicolette Hayford and Jesse Rice, sharing “We had all had a really bad day.  Not ‘one of the worst days of my life,’ but I had one of those days where nothing was going right. I got a crack in my windshield on my way to work, I got sick, and had broken a guitar string all within an hour and a half.  On top of that my co-writer, Jesse, was late, but bless his heart, when he walked in we could tell he had had a night and a morning that was just as rough as ours. That’s how we got on the subject of having the worst day ever, and that's when Jesse started talking about his car breaking down in Dahlonega, GA.”

So, when it came time to capture the essence of the song, McBryde turned to director and filmmaker, ACM Video of the Year award-winner Reid Long (Eric Church’s “Mr. Misunderstood”), who slated many of McBryde’s friends as extras in the performance scene at the bar just down the road from where that tattooed 33-year-old lives since moving to middle Tennessee by way of Memphis 11 years ago.

“I am really excited and proud that we were able to film it in the Watertown/Lebanon area with real people, having a real-good time,” McBryde adds. “Reid was really able to capture the energy surrounding this song, because you can't fake something like that.”

McBryde began making headlines while working as an independent singer/songwriter due to her raw lyrics and vocal prowess and has since been tapped to open for the likes of Eric Church, Willie Nelson, and Chris Stapleton.

“A Little Dive Bar in Dahlonega” and “Girl Goin’ Nowhere” are a taste of McBryde’s highly anticipated upcoming album produced by Jay Joyce.

McBryde is set to finish off summer with festival performances across the country before joining Church and The Brothers Osborne on the road for select dates in September.

“A Little Dive Bar in Dahlonega” was also added today to CMT’s Next Women of Country Spotify playlist and is available for purchase here.