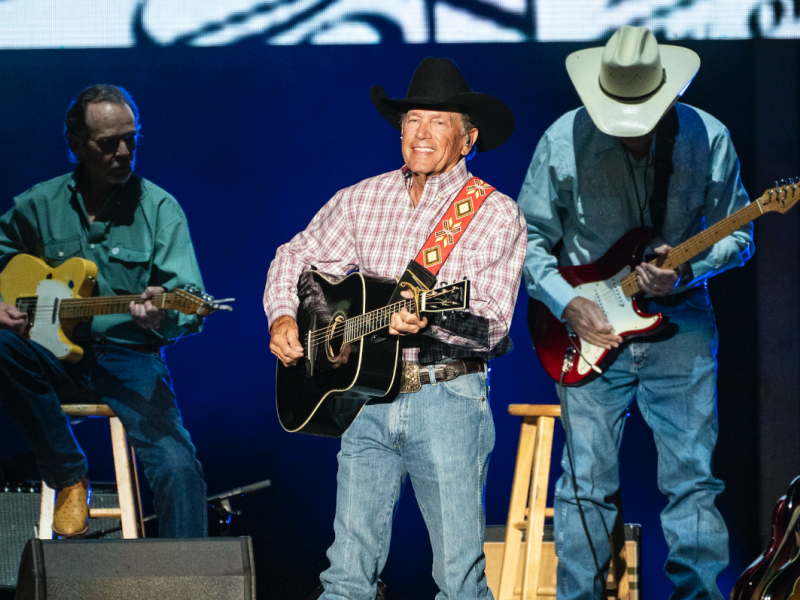 KANSAS CITY, Mo. – Arrowhead Events announced today that George Strait, the “King of Country Music” and three-time CMA Entertainer of the Year, will visit GEHA Field at Arrowhead Stadium for a one-night-only concert event on Saturday, July 30. Making his first return to the venue since 2001, Strait will be joined by special guests Chris Stapleton and Little Big Town, each gracing the stadium stage for the first time.

“For nearly two hours, he and his Ace in the Hole Band delivered nearly two and a half dozen songs, giving another big, rowdy crowd plenty to sing along to and plenty to cheer about,” noted the Kansas City Star during Strait’s 2014 Cowboy Rides Away arena tour stop in the city. “When you’re that good and you’ve played those songs so many times, it’s not hard to make what’s exceptional look easy.”

“George Strait has a history of great performances at GEHA Field at Arrowhead Stadium, and we couldn’t be more excited to welcome him back for the first time since 2001 this summer. We’re looking forward to seeing the rest of this talented lineup take the stage as well,” Chiefs President Mark Donovan said. “We know how beloved George is in Kansas City and across the nation, and we are thrilled to have him return to our stadium for another incredible show.”

There will be an exclusive presale for members of the George Strait Fan Club at www.georgestrait.com and the Chris Stapleton Fan Club at www.stapletonfanclub.com beginning Friday, Feb. 18 at 10 a.m. local time.

Public On-Sale
Tickets will be available for purchase by the general public on Friday, Feb. 25 at 10 a.m. local time. More information can be found at www.ticketmaster.com or on the Ticketmaster mobile app.

Fans are encouraged to visit www.ticketmaster.com and click on “On Sale Tips & Hints” to create an account or refresh their existing Ticketmaster account for a quicker purchasing experience.