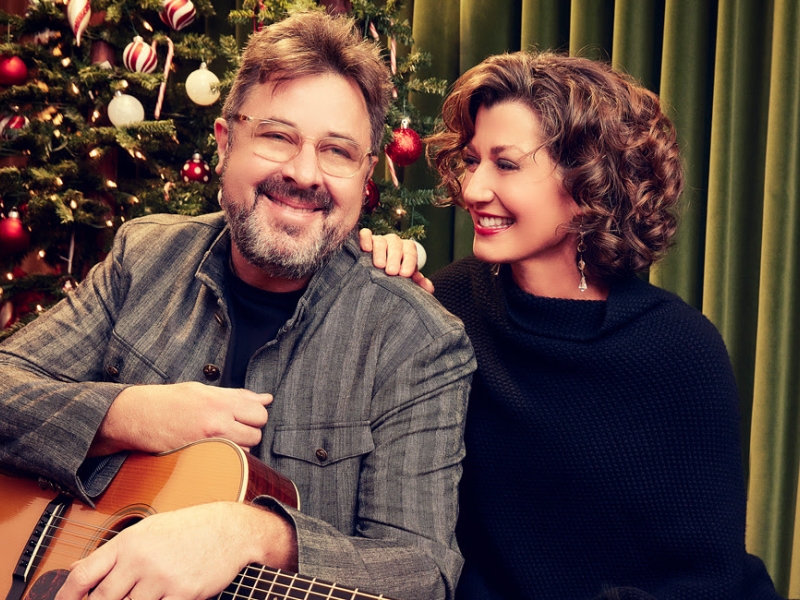 NASHVILLE, Tenn. – One of Music City’s most treasured traditions will return in 2022 with Amy Grant and Vince Gill’s beloved “Christmas at the Ryman” residency. Tickets for the 12-concert run are set to go on sale Friday, March 11 at 10 a.m. local time, at ryman.com and will once again feature matinee performances of the beloved show. Openers for all “Christmas at the Ryman” shows will be announced at a later date.

In years past, the husband-and-wife duo have filled the show with Christmas favorites such as “Let It Snow,” “Have Yourself a Merry Little Christmas,” “Tennessee Christmas,” “O Holy Night” and “O Come All Ye Faithful.” Traditionally, the show closes with one of the most emotional moments of the night with a rendition of “‘Til the Season Comes ‘Round Again.”

“We’re so excited to be returning to the Ryman for one of our favorite holiday traditions,” shares Grant. “These shows have become a staple for us to celebrate a special time of year, and we can’t wait to share that experience with you all again.”

The shows have been serving as the ultimate holiday tradition for many years, with music fans from across the country and around the world flocking to the historic venue to take in the sweet sounds of two of Nashville’s most cherished performers.

The Ryman is celebrating its 130th anniversary throughout 2022 with more concerts and residencies than ever before, in addition to a special Ryman Community Day in May, an increase in pre-show and daytime events on PNC Plaza and new tour enhancements to be announced. For more information on the Ryman’s 130th, visit ryman.com/ryman-130-celebration.

About Ryman Auditorium
A National Historic Landmark, Ryman Auditorium was built by Captain Thomas G. Ryman in 1892 as the Union Gospel Tabernacle. A 13-time winner of the prestigious Pollstar Theatre of the Year award, the historic venue is well-known as the Mother Church of Country Music and is the most famous former home of the Grand Ole Opry (1943-1974). The Ryman has been featured in numerous film and television projects including Coal Miner’s Daughter, The Johnny Cash Show, American Idol, Nashville and more. While offering a diverse lineup and thriving concert schedule (with over 200 shows per year), the venue is also open for daytime tours year-round. A coveted underplay for many, her iconic stage has seen the likes of Bruce Springsteen, Lizzo, Mumford and Sons, Garth Brooks, Foo Fighters, Wu Tang Clan, Coldplay, Michelle Obama and Little Big Town in recent years. Ryman Auditorium is owned by Ryman Hospitality Properties, Inc. (NYSE: RHP), a Nashville-based REIT that also owns and operates the Grand Ole Opry, 650 AM WSM and Ole Red. For more information, visit ryman.com.