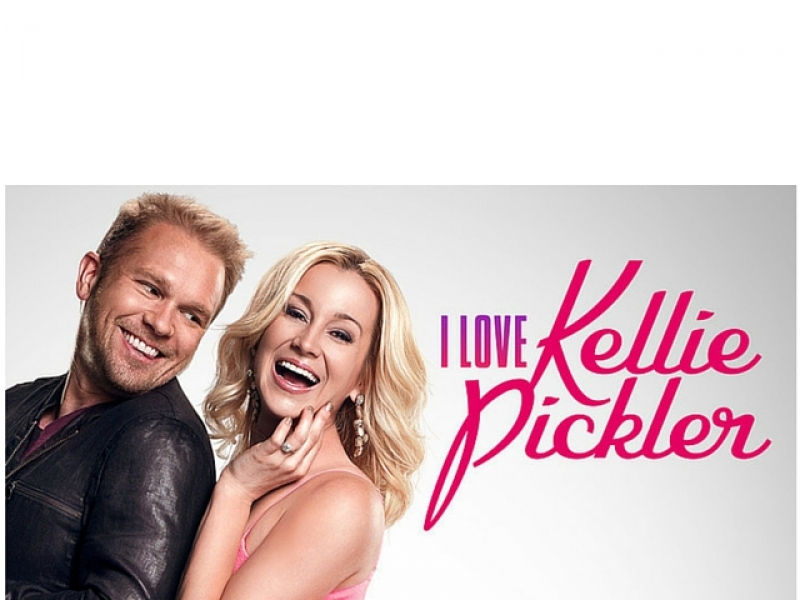 Nashville - November 12, 2015 – Kellie Pickler might just be America’s next sweetheart as CMT’s premiere night of “I Love Kellie Pickler” on Thursday night charmed more than 2.5 million total viewers. The premiere episode notched an impressive .81 rating with women (18-49) and .53 rating with adults (18-49) according to Nielsen Media Research*, propelling the network to its highest premiere with adults since 2012 and women since 2008. Including encores over the weekend, nearly 4 million viewers have tuned-in. Kellie and Kyle lit up social media that night with the series ranking as the #2 primetime reality series on Twitter, while the premiere drove a staggering 105% week-over-week increase in visitors and 96% week-over-week increase in total visits to CMT.com. New episodes of “I Love Kellie Pickler” premiere on Thursday nights at 10pm ET/PT.

The premiere of “I Love Kellie Pickler” marks another strong showing for a CMT original series, with the network now pacing 34% ahead in primetime this quarter among A18-49 (L+SD). CMT is building a successful block of original programming on Thursday nights as the 10th season of “Dallas Cowboy Cheerleaders Making the Team” recently concluded its season as the highest rated to date with A 18-49 garnering nearly 3 million total viewers, while “Party Down South,” returning January 7, remains the network’s highest rated series.

Recognized and beloved for her fun-loving personality, uniquely hysterical witticisms and Southern charm, “I Love Kellie Pickler” follows Kellie as she navigates her madcap relationships with friends, family and the unpredictability of couple hood alongside her husband, Kyle Jacobs, her complete opposite.

Kellie Pickler catapulted from small-town obscurity and became a household name thanks to “American Idol” and “Dancing With the Stars,” but has since gone on to become a country music sensation and part of the CMT Family. Her Gold-certified debut album Small Town Girl contained her signature hits “Red High Heels” and “I Wonder,” followed by her self-titled second album which featured her Platinum-certified Top 10 hit “Best Days of Your Life.” Her third album 100 Proof, which showcased both her powerful voice as well as her songwriting prowess, was named by Rolling Stone as the No. 1 Country Album of the Year and was among those named by The Washington Post as the “Best of 2012.” Her most recent album, The Woman I Am, caused Newsday to write “...Pickler shows how the next phase of her career may be bigger than she ever dreamed.” Last year, Pickler voiced the lead character in the animated Veggie Tales movie “Beauty and the Beet” and performed eight songs on the official soundtrack album. Earlier this year she launched her first home goods line, “Selma Drye by Kellie Pickler,” available in the Opry Stores and online at shop.opry.com. A proud supporter of the men and women in the U.S. military, she has completed eight USO Tours and was presented with the Operation Troop Aid Chris Kyle Patriot Award for the acknowledgement of her unwavering and impassioned support and contributions to the United States Armed Forces and their families.