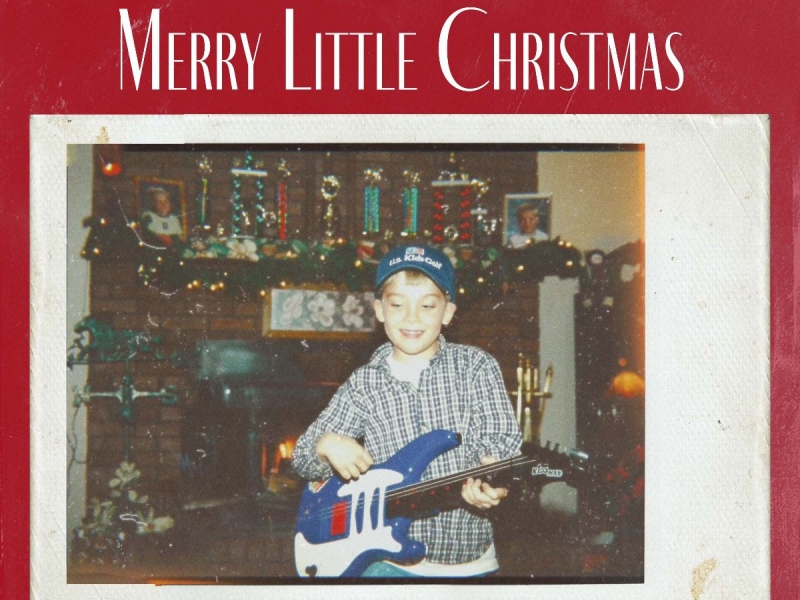 NASHVILLE, Tenn. – After a year of firsts that included becoming a new father, making his Grand Ole Opry debut and releasing his debut EP Six Strings, Monument Recording artist Alex Hall is closing 2021 with another first, his first Christmas recording. Today the 27-year-old singer/songwriter and guitar aficionado releases his own take on the classic holiday favorite, “Have Yourself A Merry Little Christmas.”

Listen to Hall’s version of “Have Yourself A Merry Little Christmas” HERE.
A beloved holiday staple, Hall took inspiration from the timeless versions of track that came before – Frank Sinatra, Judy Garland, and Ella Fitzgerald are just a few of the legendary artists who have covered the song. Hall’s artistry is centered around his guitar playing so for his version, he brought his smooth, clear vocals and introduced the guitar as a new voice, using acoustic and electric sounds to add a different dimension. Hall’s version of the track exemplifies why Vintage Guitar called the Georgia native “…one of the new generation of guitar-slinging country vocalists.”

“I always gravitate to sounds and songs that feel classic, and there is nothing more classic than ‘Have Yourself A Merry Little Christmas,’” says Hall. “It reminds me of the holidays with my family in Georgia and feels nostalgic in all the best ways. I was so excited to marry that timeless feeling, with my love for their guitar – bringing in some new riffs and an electric for a little bit of a different take.”

Named to Pandora’s “Ones to Watch” and a Fender “Next Artist,” Hall’s journey began more than a decade ago in Gainesville, Georgia, where singing came naturally and the guitar eventually became an obsession, a work ethic originally rooted from weekends hitting the rodeos barrel racing. Starting at about 14-years-old, Hall would wake up before school and practice guitar, then come home from school and go play an acoustic gig somewhere, then come home and literally fall asleep playing the guitar.

About Alex Hall
Originally from Gainesville, Georgia, country singer and guitar player Alex Hall is the epitome of what it means to be an artist. After picking up an acoustic guitar at the age of 14, he quickly set to work learning every Elvis Presley song on the King’s ELV1S: 30 No. 1 Hits album – his raw talent earning him his first singing gig at a local restaurant when he was still in middle school.

While singing weeknights at the restaurant and preforming local shows, Alex captured the attention of a Nashville booking agent, which resulted in about 125 shows a year throughout high school…a feat for any artist, let alone someone still receiving a report card…and a valuable introduction into the country music community.

After moving to Nashville and signing with Monument Records, he released his debut EP – a guitar centered project that featured Vince Gill, Brad Paisley, John Osborne, Brad Tursi, Tenille Townes, and Kassi Ashton. Alex has opened for Tanya Tucker on her “While I’m Living Tour,” Brandy Clark on her “Who You Thought I Was” tour, and has played dates with Little Big Town on their “Nightfall” tour.