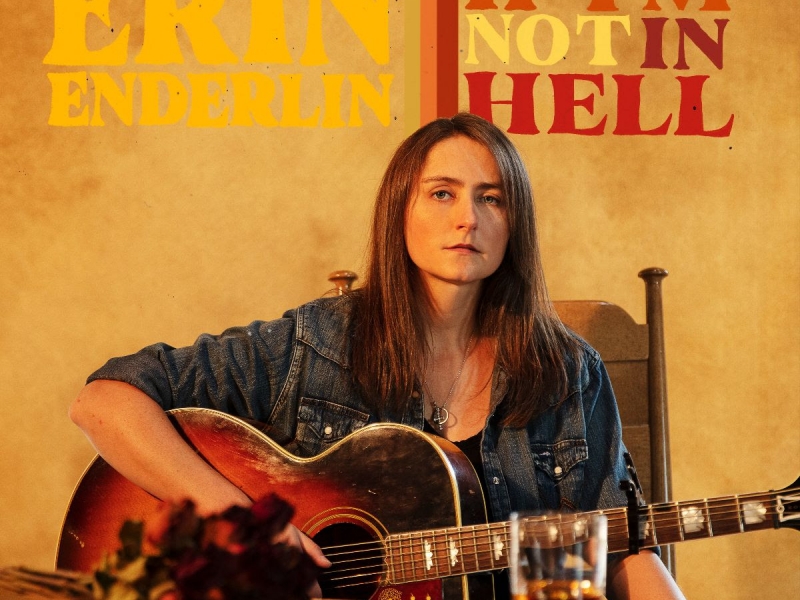 “A sad country song is a friend you can have a good cry with.
And there are times we really need a friend like Erin… to listen to and cry with.
‘If I’m Not in Hell’ is that kind of song to me.” – Patty Loveless

NASHVILLE, Tenn. – A storyteller and lover of sharply-drawn characters, Erin Enderlin has a way of turning a song or even just a thought into an outstretched hand to the lonely or ashamed. While she first turned heads as a godsend to those aching for an artist with some golden-era country backbone, she has since emerged as a literary songwriter and superb vocal artist. Enderlin’s new song, “If I’m Not In Hell” is available everywhere today. Listen HERE.

“I wrote the song with two of my best friends, Kayla Ray and Kimberly Kelly,” shares Enderlin. “They are incredible artists and writers, and we all love old school country music. I had written the title down in my idea book, and I knew they were the perfect people to help bring it to life. It’s honestly one of my favorite songs that I’ve ever been a part of and captures all my favorite elements of a country song. What can I say, sad songs make me happy.”

Enderlin’s new song captures the pain and anguish that comes with the complex web of consequences from losing the one you love. Dripping with fiddle and pedal steel guitar, it mines the vein of classic country heartache reminiscent of genre giants such as Patty Loveless and Alan Jackson. The song’s raw emotion captures a moment in time, without a nice, wrapped-in-a-bow, things-get-better ending—honesty that is signature to Enderlin.

About Erin Enderlin
Erin Enderlin has a way of turning a song or even just a thought into an outstretched hand to the lonely or ashamed. Released in 2019, her latest album Faulkner County channels that empathy into 14 story songs. Enderlin is the most-awarded Arkansas Country Music Awards recipient to date. A member of the 2018 CMT “Next Women of Country” class, Enderlin joins Tanya Tucker during the 2021 CMT Next Women of Country Tour on select dates in September. With the release of 2017’s Whiskeytown Crier and a series of four digital EPs in 2019, she cemented her place at the forefront of new artists rooted in country’s rich history. Already a go-to writer for country stars, Enderlin has penned Alan Jackson’s “Monday Morning Church,” Lee Ann Womack’s “Last Call,” Luke Bryan’s “You Don’t Know Jack,” and a host of other songs for Randy Travis, Reba McEntire, Terri Clark, Rodney Crowell, Whisperin’ Bill Anderson, Rhonda Vincent, Joey+Rory, and more. For additional information, visit ErinEnderlin.com or follow her on Instagram and Twitter @ErinEnderlin and Facebook.com/ErinEnderlinMusic.###

Lyrics and credits for “If I’m Not In Hell” available HERE.