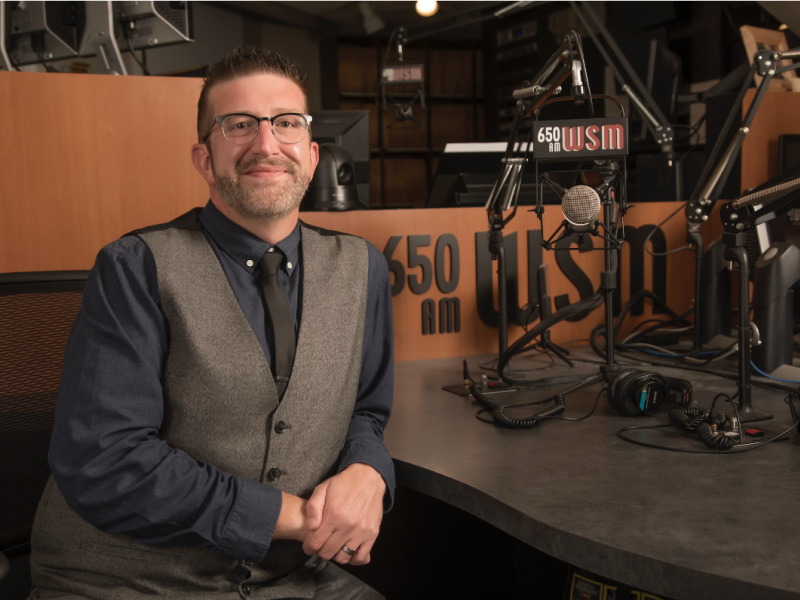 WSM is a unique entity in the broadcast world; Patrick will assume a unique leadership role at the globally known, all-encompassing country lifestyle platform and brand. In addition to the station’s historic signal, the WSM brand now includes direct-to-consumer entertainment with its new podcast, Building Nashville, and streaming channels like Route 650 or Opry Nashville. Patrick will be instrumental in guiding WSM’s next moves into emerging channels and markets, continuing the WSM tradition of bringing country music to audiences around the world.

With over 23 years in radio broadcasting, Patrick began his radio career at WDKN in Dickson, Tenn., and has served in numerous capacities at stations throughout Nashville, most recently as the Digital Program Director at WSM.  Prior to that, Patrick held broadcasting positions at Cumulus Media, Clear Channel Media+Entertainment, and served as producer for multiple nationally syndicated shows.

“It’s an amazing time to be part of the Opry Entertainment family and it’s humbling to be at the helm of programming one of the most important radio brands in history,” said Patrick, WSM Program Director. “I look forward to continuing my work with the incredible WSM team as we continue to expand and enrich the WSM listener experience.”

“I’m delighted to expand J. Patrick’s role here at WSM,” said Chris Kulick, WSM General Manager. “He brings with him the experience, creativity, and passion needed to succeed in one of the most unique positions anywhere in country radio. J Patrick sees a world of opportunity at WSM and he is excited about continuing the station’s great legacy.”

WSM Radio’s one-of-a-kind programming includes listener-favorite shows such as Coffee, Country, and Cody and The Eddie Stubbs Show, hosted by Country Radio Hall of Fame personalities Bill Cody and Eddie Stubbs, respectively. Additional programming features Route 650, Opry Nashville, and more, including the world-famous Grand Ole Opry.About 650 AM WSM
650 AM WSM’s first official broadcast day was October 5, 1925. The station is the radio home of the Grand Ole Opry, which has been broadcast live over the WSM airwaves since its inception. WSM offers multiple options for online streaming, including the AM-mirrored digital counterpart at wsmonline.com, the 24/7 Americana focused channel Route 650, and Opry Nashville, a channel celebrating the lifestyle of Music City. WSM Radio is owned by Ryman Hospitality Properties, Inc. (NYSE:  RHP). A weekly listing of all WSM programming and online directory for all streaming channels can be found at wsmonline.com.