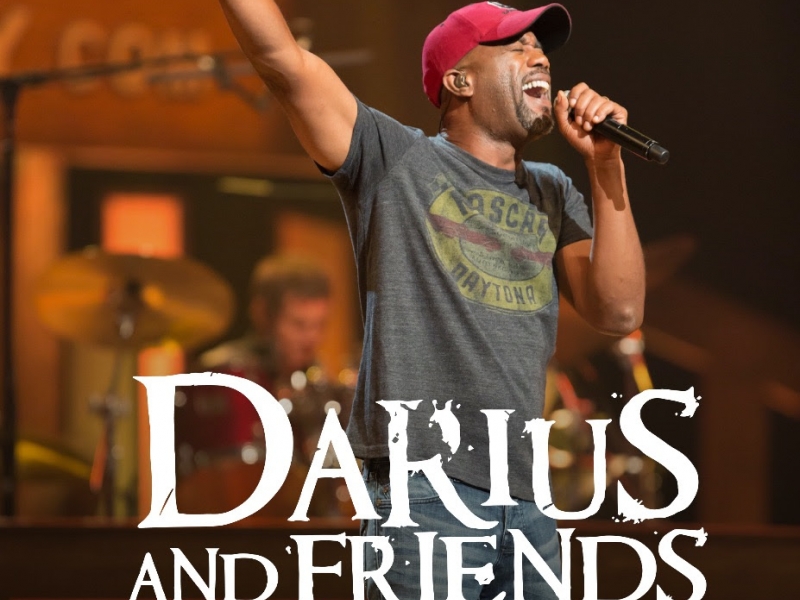 NASHVILLE, Tenn. — Multi-Platinum superstar Darius Rucker will return to the historic Ryman Auditorium on Tuesday, August 17 for his 12th annual “Darius and Friends” concert benefiting St. Jude Children’s Research Hospital®. The event, which occurred virtually in 2020 and has raised over $2 million to date, will celebrate a return to live shows with an all-star roster of friends to be announced in the coming weeks. As an added bonus, fans and supporters can also tune in from home via a new hybrid concert model.

Rucker, who has always prioritized philanthropic work, made a commitment after touring the facility in 2008 to support the lifesaving mission of St. Jude: Finding cures. Saving children.® Supporters like Rucker and friends help ensure families never receive a bill from St. Jude for treatment, travel, housing or food – because all a family should worry about is helping their child live.

“The incredible work being done at St. Jude really made an impact on me when I had a chance to visit and hear the patients’ stories,” shares Rucker. “They are some of the bravest people I’ve ever met and being able to support them with this event is always a highlight of my year. I’m so glad we’ll be back to performing in front of a full house at the Ryman for such a great cause!”

Tickets to the 12th annual “Darius and Friends” benefit concert start at $50 with VIP options up to $150, available at www.ticketmaster.com. Pre-sale access begins tomorrow, July 20, with tickets on sale to the general public this Friday, July 23. Additionally, live stream passes to enjoy the concert from home via Mandolin will be available for $20 HERE.

About Darius Rucker
Rucker first achieved multi-Platinum status in the music industry as lead singer and rhythm guitarist of the GRAMMY Award-winning band Hootie & the Blowfish, who have sold more than 25M albums worldwide including their Diamond-certified debut Cracked Rear View, which remains among the Top 10 best-selling studio albums of all time. Since releasing his first Country album in 2008, Rucker has earned a whole new legion of fans with four No. 1 albums on the Billboard Country chart, including RIAA Platinum-certified Learn to Live and True Believers, plus ten No. 1 singles at Country radio and 11 Gold, Platinum or multi-Platinum certified hits. In 2014, Rucker won his third career GRAMMY Award for Best Solo Country Performance with his 9x Platinum version of Old Crow Medicine Show’s “Wagon Wheel,” one of the top five best-selling Country songs of all time. He recently co-hosted the 54th annual CMA Awards and topped the charts at Country radio once again with “Beers And Sunshine” in February. Follow up single “My Masterpiece” is available everywhere now as Rucker puts the finishing touches on a forthcoming album.

As a lifelong philanthropist, Rucker supports the MUSC Children's Hospital in his hometown of Charleston, South Carolina and has also raised millions of dollars for St. Jude Children’s Research Hospital through his annual “Darius and Friends” benefit concert and golf tournament. Rucker has also advocated for over 200 charitable causes supporting public education and junior golf programs in South Carolina through the Hootie & the Blowfish Foundation and serves as a National Chair for the National Museum of African American Music in Nashville.

About St. Jude Children’s Research Hospital
St. Jude Children’s Research Hospital is leading the way the world understands, treats and defeats childhood cancer and other life-threatening diseases. Its purpose is clear: Finding cures. Saving children.®  It is the only National Cancer Institute-designated Comprehensive Cancer Center devoted solely to children. Treatments invented at St. Jude have helped push the overall childhood cancer survival rate from 20 percent to more than 80 percent since the hospital opened more than 50 years ago. St. Jude won’t stop until no child dies from cancer. St. Jude freely shares the discoveries it makes, and every child saved at St. Jude means doctors and scientists worldwide can use that knowledge to save thousands more children. Families never receive a bill from St. Jude for treatment, travel, housing or food – because all a family should worry about is helping their child live. Visit St. Jude Inspire to discover powerful St. Jude stories of hope, strength, love and kindness. Join the St. Jude mission by visiting st.jude.org, liking St. Jude on Facebook, following St. Jude on Twitter, Instagram and TikTok, and subscribing to its YouTube channel.