“TODAY” BELONGS TO TRACE ADKINS WITH PERFORMANCE OF “WATERED DOWN” FRIDAY, MARCH 31 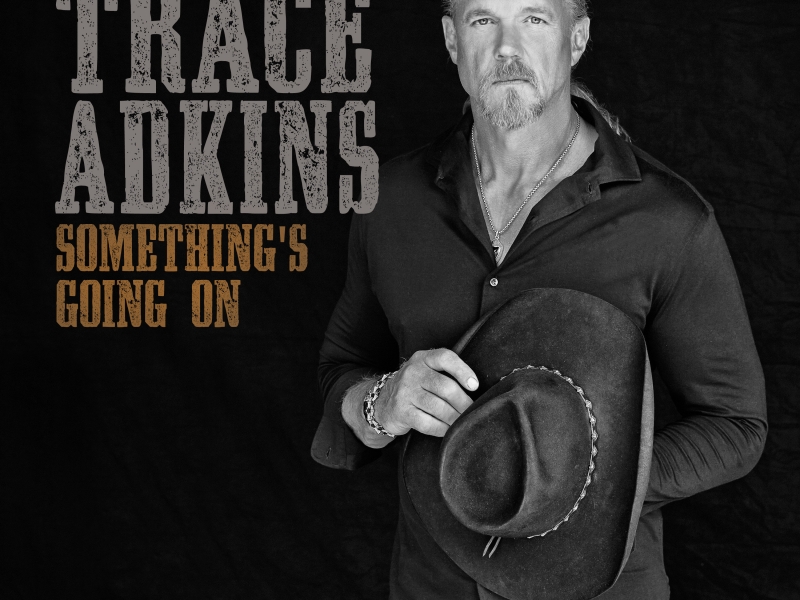 NASHVILLE, Tenn. – There is nothing diluted about Trace Adkins. No filters. No pretense. Just honest human emotion delivered with an openness that results from surviving life’s hardships and gaining a deep self-awareness along the way.

So it’s ironic that Adkins delivers one of the most raw and honest observations on life on the “other side of 40” in “Watered Down” the first single from his BBR Music Group/Wheelhouse Records LP, Something’s Going On, which he will debut Friday, March 31 on “Today” in the 9:00 a.m. ET hour, which he will once again co-host.

In the slow-burning rumination on achieving insight with age, Adkins is fully aware of the adjustments and boundaries, but still maintains his edge, grit, and power as an artist. It is the cut Adkins points to as the truest reflection of his career and life to date.

It is a pivotal cut on an album worth celebrating. Adkins has sold more than 11 million records, received three GRAMMY nominations, and collected dozens of major motion pictures and television credits. His 12th studio album, the much-anticipated Something’s Going On, marks Adkins’ first release on his new label, BBR Music Group/Wheelhouse Records. Fans can purchase the album here.

USA Today proclaimed, “on his new album, the veteran superstar takes us to a quieter place. Something’s Going On is more about reflection that revelry. There’s plenty of romance in the title cut, heartbreak in If Only You Were Lonely, and redemption in the triumph of love over pain in Whippoorwills And Freight Trains. But each tells its story with a depth that’s rare in any kind of popular music.”

Tonight, Adkins takes the music directly to his fans with a LIVE iHeartCountry Album Release Party from the iHeartRadio Theater in New York City, including a Q&A and performance that will be streamed across iHeartMedia’s 147 Classic Country and Mainstream Country stations on Monday, April 3rd.

When Something’s Going On, people notice, including Shazam.

“We’re so excited to work with a superstar like Trace on the first-ever visually Shazamable country album,” says Shazam CEO Rich Riley. “This is such a unique experience for country fans, and we’re glad Shazam could help deliver it.”

Adkins’ album will be the FIRST country album to use Shazam’s visual-recognition technology. The world’s most popular music-discovery app has integrated a scannable Shazam code within physical copies of Something’s Going On. By Shazaming the code in the album’s booklet, fans will be able to access exclusive content taking them behind the scenes with Adkins as their guide.

It’s been four years since Adkins’ last studio album Love Will…, which debuted in the Top 10 on Billboard’s Top Country Albums chart, and fans have eagerly awaited this follow up ever since. Some of Nashville’s favorite and most respected songwriters contributed to Something’s Going On, boasting credits such as Tyler Farr, Craig Campbell, and Shane McAnally to name a few. Something’s Going On was produced by Mickey Jack Cones.

Adkins is currently in the midst of his 2017 tour with over 75 dates currently announced and VIP packages available for select tour dates. As a gift to his fans, Adkins is offering a physical copy of Something’s Going On with each ticket order. Visit www.traceadkins.com for full details.

Adkins’ trademark baritone has powered countless hits to the top of the charts. A member of the Grand Ole Opry, Adkins is a TV personality, actor, author, and spokesman for the Wounded Warrior Project and the American Red Cross, for whom he raised more than $1.5 million dollars as winner of NBC’s All-Star Celebrity Apprentice.