“FRONT AND CENTER” TO FEATURE JUDAH & THE LION IN UPCOMING EPISODE THIS SATURDAY, NOV. 12 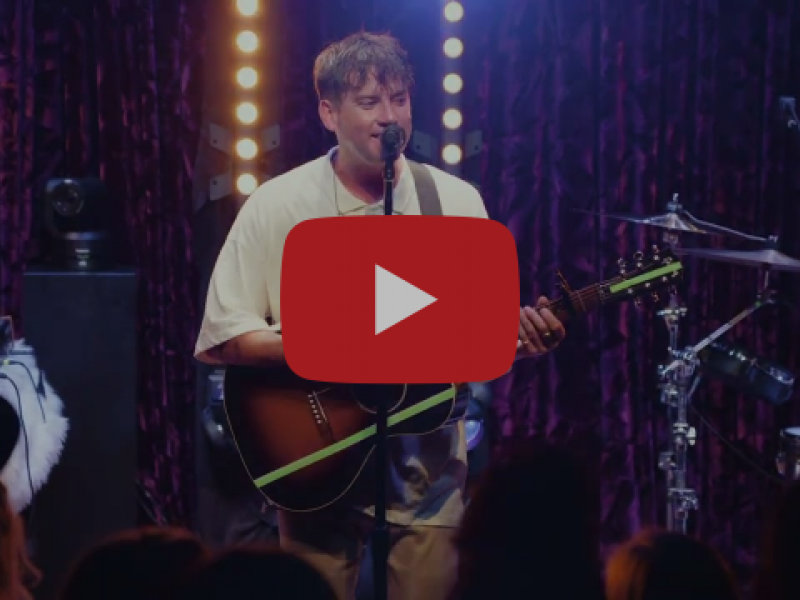 NASHVILLE, Tenn. – As the 11th season of the acclaimed concert series “FRONT AND CENTER” continues, Alternative Folk duo Judah & the Lion performs from Analog at Hutton Hotel in an intimate set, debuting this Saturday, Nov. 12. The episode will be available to watch on the “Front And Center” YouTube page and at various times on public television; check local listings.

In their “FRONT AND CENTER” debut, Judah & the Lion’s Judah Akers and Brian Macdonald bring their Alternative Folk sound back to their Nashville roots, performing “Suit and Jacket,” “Take it All Back” and more, including covers of Blink-182’s “All the Small Things” and Tom Petty’s “I Won’t Back Down.”

“We were honored to play for PBS Front and Center in our hometown back in June! It was one of our first times playing some of our new songs off of Revival for some of our closest friends, family and fans," shares Akers.

“Judah & the Lion bring their unique Alternative Folk sound to the ‘Front And Center’ stage this week in a set that is sure to captivate audiences and showcase their true talent for performing,” shares Executive Producer Don Maggi. “You won’t want to miss this!”

About Judah & the Lion
Nashville’s Judah & the Lion released their fourth full-length studio album Revival on June 10th, 2022. Recorded at Echo Mountain in Asheville, NC, the new LP finds the band recapturing the innocence of their youth while embracing the sadness and loss of the last few years. Revival is also the follow-up to 2019’s critically acclaimed Pep Talks, which garnered love from NPR and Rolling Stone and earned Judah & the Lion performances on Jimmy Kimmel Live! (Outdoor Stage), Late Night with Seth Meyers, Good Morning Football, and the TODAY Show. Pep Talks debuted at #7 on the Billboard 200 and #2 on the Alternative Albums, Rock Albums, and Independent Albums charts while scoring a Top 10 hit with “Over My Head.” Pep Talks was preceded by Judah & the Lion’s breakthrough LP Folk Hop N’ Roll, which spawned the triumphant 2017 Platinum-selling track “Take It All Back.” The #1 single topped the Alternative Songs Chart for three consecutive weeks, paving the way for a Best New Rock/Alternative Artist win at the 2018 iHeartRadio Awards, numerous debut television appearances, tours with twenty one pilots, Incubus, and Jimmy Eat World, headlining sets at festivals across the globe and much more.

About Analog at Hutton Hotel
Analog is Hutton Hotel’s 5,000-square foot onsite music venue, equipped with a state-of-the-art Bose sound system. The stage is centered amid 300-person living room-style seating, connecting the artists and audience through top-quality sound and an inviting design, complete with a full bar. Lineups range from burgeoning local artists to award-winning acts like Lee Brice and Maren Morris. For more information, visit https://www.analognashville.com/ or follow us on Instagram.