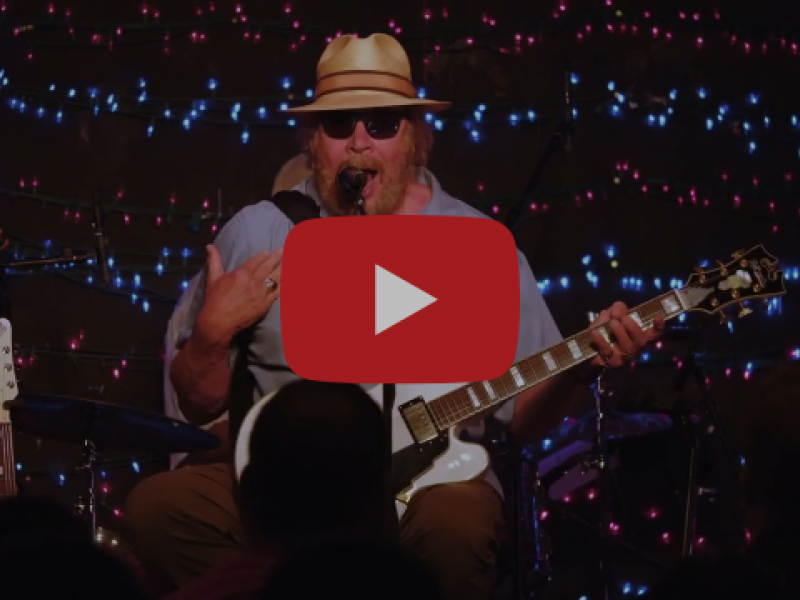 NASHVILLE, Tenn. – As the 11th season of the acclaimed concert series “FRONT AND CENTER” comes to an end, GRAMMY Award winning country music legend Hank Williams Jr. is joined by producer Dan Auerbach of The Black Keys’ fame, performing from Nashville’s American Legion Post 82 in an intimate set, debuting this Saturday, Nov. 26. The episode will be available to watch on the “Front And Center” YouTube page and at various times on public television; check local listings.

With more than 70 million albums sold worldwide, Williams Jr. brings his impressive discography into the spotlight with Auerbach, sharing songs from their latest collaborative project, Rich White Honky Blues. Among the songs shared from the American Legion Post 82 stage are “.44 Special Blues,” along with classics by Robert Johnson, Lightnin’ Hopkins, R.L. Burnside and more.

"Performing at the VFW with Dan and the wonderful band was like going back in time," reflects Williams Jr. "I hope everyone enjoys watching as much as we all enjoyed playing the Blues."

“I couldn’t imagine a better way to close out this season than with the legendary Hank Williams Jr. and Dan Auerbach,” shares Executive Producer Don Maggi. “This performance captures the nostalgia of country music from another era, and it is an honor to bring that back to television screens with this episode.”

About Hank Williams Jr.
Hank Williams Jr.’s extremely impressive resume has spawned 70 million albums sold worldwide, six PLATINUM albums, 20 GOLD albums, 13 No. 1 albums and 10 No. 1 singles. Marking 58 years since his first album in 1964, Williams Jr.’s 57th studio album Rich White Honky Blues, released in 2022 via Easy Eye Sound and produced by GRAMMY-winner Dan Auerbach, debuted at No. 1 on the Current Country, Americana/Folk and Blues Albums charts, along with reaching No. 2 on the Current Rock and Record Label Independent Current Albums charts. 2016’s It’s About Time (Nash Icon Records) included the history-making “Are You Ready for the Country,” as well as tunes “Dress Like an Icon,” “Just Call Me Hank,” “It’s About Time” and “The Party’s On” in addition to re-recorded versions of classics “Mental Revenge” and “Born to Boogie” with Brantley Gilbert, Justin Moore and Brad Paisley on guitar. Following It’s About Time, Williams Jr. has released several compilations, including All My Rowdy Friends Are Coming Over: Great Tailgating Songs, A Country Boy Can Survive (Box Set), Hank Jr. Sings Hank Sr. and 35 Biggest Hits. He continues to add accolades to an extremely impressive resume, which includes ACM Entertainer of the Year, CMA Entertainer of the Year and BMI Icon, in addition to a GRAMMY win and coveted inductions into the Nashville Songwriters Hall of Fame and Country Music Hall of Fame.